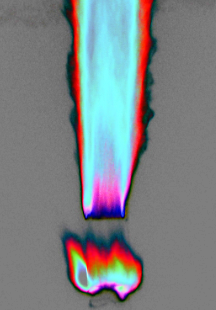 The Federal Government is pushing for its renewable energy funding bodies to invest in non-renewable power sources.

Currently, the Australian Renewable Energy Agency (ARENA) can only support renewable energy, and the Clean Energy Finance Corporation (CEFC) is only allowed to invest projects that produce less than half the emissions of the grid average, ruling out coal.

But new legislation set to be introduced by the Federal Government will allow both the CEFC and ARENA to support technologies that produce “low emissions”.

The government has given no definition for “low emissions”, but Prime Minister Scott Morrison has confirmed a move away from renewable energy investments.

“Solar panels and wind farms are now clearly commercially viable and have graduated from the need for government subsidies and the market has stepped up to invest,” Mr Morrison said this week.

“The Government will now focus its efforts on the next challenge: unlocking new technologies across the economy to help drive down costs, create jobs, improve reliability and reduce emissions.

“This will support our traditional industries — manufacturing, agriculture, transport — while positioning our economy for the future.”

The changes should force the green investment vehicles in line with the government’s dream of a gas-led COVID recovery.

Some say the government is shifting the investment groups away from profit.

Richie Mezian, climate and energy program director at the Australia Institute, says the proposed change would transform the CEFC “from an explicitly profit-making investor of renewable energy projects for the Australia to a potentially loss-making underwriter of fossil fuel projects”.

The new interests include soil carbon sequestration - a process in which carbon is removed from the atmosphere and stored in soil - carbon capture and storage, the production of lower emissions “green steel”, and other ways to reduce energy use.

The Federal Government is backing the changes with a $1.9 billion announcement, tying together ongoing funding for ARENA, CEFC and the Clean Energy Regulator.

The new funding total is a considerable cut from the previous total funding of the three bodies.

The package includes $67 million for microgrid projects in regional and remote communities, and for measures to encourage a switch from diesel generators to cleaner technology.

The Government is also setting up a $95.4 million Technology Co-Investment Fund that will help agriculture, manufacturing, industrial and transport businesses reduce their emissions.

The co-investment fund was recommended to the Government by former Origin Energy boss Grant King.

An additional $35.4 million will be spent improving the tracking of energy and emissions data.