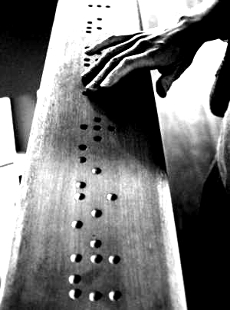 An inventor has slashed the price of Braille printers by thousands of dollars, but even more incredibly – he’s only 12 years old.

Shubham Banerjee, a year seven student from California has developed a Braille printer made from a single Lego set and about $5 of extra parts.

Mr Banerjee has named his invention ‘Braigo’, and hopes to publish the completed design for free to the open-source community.

The low-cost design could bring Braille literature to more of the world’s blind and sight-impaired population, as the Lego version costs about a quarter of the price of a traditional embosser.

Currently around 285 million people are visually impaired worldwide, about 90 per cent of which live in developing countries.

The printer has been programmed to stamp out all twenty-six letters in Braille, taking just a few seconds to form each one. Mr Banerjee says some software updates will soon allow it to print the digits zero to nine as well.

“This is so easy even my little sister can do it,” he said in an explanatory video.

Lego has voiced its praise for the project, writing on Twitter: “We're very proud. Impressive work for a great cause!”

A demonstration is available in the following video;