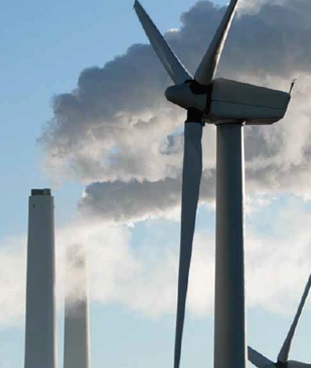 A study in which 6 people reported their own observations of wind turbine effects is being used as an argument against the wind energy industry.

While the acoustics expert who designed the study and the company itself say it calls for further investigation, the findings are already being held up as proof that “Wind Turbine Syndrome” is a legitimate condition.

Six residents of three homes were asked to ­diarise their experiences over eight weeks.

They made records of their headaches, pressure in the head, ears or chest, ringing in the ears, heart racing or sensation of heaviness.

The observations were separated into three categories; noise, vibration and sensation, rated on a one to five severity scale.

The data was used to gauge the residents’ ability to perceive the state of turbines that were between 650m and 1.6km from their properties.

Pacific Hydro agreed to present four distinct phases of turbine operation: starting up, maximum power and changing load by more than 20 per cent either up or down.

“The resident observations and identification of sensation indicates that the major source of complaint from the operation of the turbines would appear to be related to sensation rather than noise or vibration,” the resulting report says.

“For some residents experiencing adverse sensation effects, the impact can be exacerbated by bending over rather than standing, with the effect in some cases being reported as extremely severe and lasting a few hours.”

The residents’ sensations appeared to be experienced at a very narrow band sound pressure levels; four to five hertz at above 50 decibels.

The audible threshold for these frequencies of four to five hertz is typically more than 100 decibels.

News Corp reports on the study say acoustician Steven Cooper “said it was the first time that sensation rather than audible noise had been used as an indicator of residents’ perception of nearby wind turbines”.

“Mr Cooper said the findings were consistent with research into health impacts from early model wind turbines conducted in the US more than 20 years ago,” the story in the Australian states.

It appears that Pacific Hydro - the operator of the wind farms in question - and Mr Cooper agreed that wider testing was needed.

“While we acknowledge the preliminary findings of this report, what they mean at this time is largely unclear,” a statement from Pacific Hydro says.

“In our view, the results presented in the report do not demonstrate a correlation that leads to the conclusion that there is a causal link between the existence of ­infrasound frequencies and the ‘sensations’ experienced by the residents.

“However, we do not believe the data as it currently stands supports such a strong conclusion.”

But Mr Cooper reportedly said the findings showed a “cause and effect”.

The expert could not definitively say there was a link between wind turbine operation and health impacts, “but the findings of my work show there is something there,” he said.

“By looking at high sensation and narrow band I have developed a methodology to undertake assessments using narrow band infrasound.

“We now have a basis on how to start the medical studies,” he said.

The new Cape Bridgewater study has been used to throw the methodology of previous studies (for turbines at Waterloo in SA and Seymour in Victoria) into dispute.

The feedback section of The Australian’s report on the study features many comments on the negative perception of wind farm aesthetics, which were not covered by the research project.

Here are some snippets: 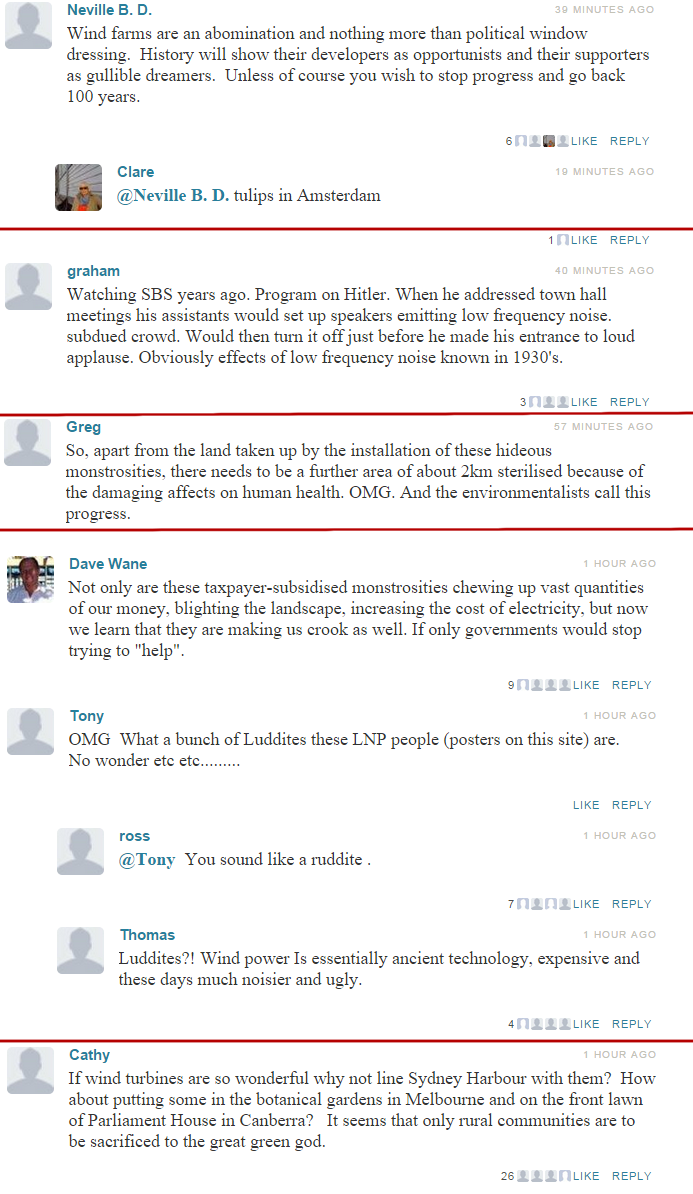