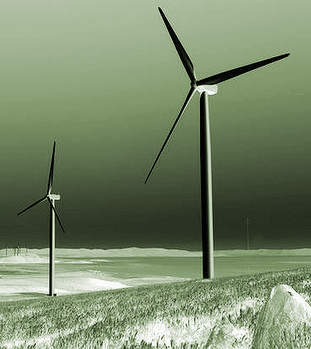 More Government-funded research into the health effects of wind farms will be undertaken.

The National Health and Medical Research Council (NHMRC) has opened a Targeted Call for Research (TCR) into Wind Farms and Human Health.

It comes after the NHMRC’s review last year, which found no evidence that wind farms cause adverse health effects in humans.

Rural residents in particular continue to complain that the large, low-frequency turbines are responsible for a range of health effects.

But the NHMRC’s 2014 Information Paper concluded that the body of direct evidence was small and of poor quality.

“Internationally, there is little research evidence regarding the health effects of wind farms,” the report said.

“Over 4,000 papers were identified in the reviews and, of these papers, only 13 studies were found that considered possible relationships between wind farm emissions and health outcomes. Only one of these studies was conducted in Australia.”

The expert group overseeing the study - the Wind Farms and Human Health Reference Group - identified areas for further research based on evidence gaps identified in the review.

“Further evidence is needed to explore the relationships between noise at varying distances from wind farms and effects such as annoyance, sleep and quality of life,” the first study found.

“Research is also required to investigate the broader social and environmental circumstances that may influence the reporting of health effects in people living near wind farms.”

Up to $2.5 million is available over five years for approved research projects.

Emeritus professor Colin Hansen from the University of Adelaide has made one suggestion on a possible study.

He says testing should be conducted on people who do not live near wind farms.

Professor Hansen is expected to tell a Senate inquiry this week that recordings of infrasound and low-frequency noise from wind turbines should be played into the bedrooms of random rural residents.

He said it would be a simple way to test the effects of wind farms recordings by determining if any parts of the noise spectrum caused annoyance and adverse effects on people nowhere near the turbines themselves.