Why pollution changes clouds to anvils in the sky 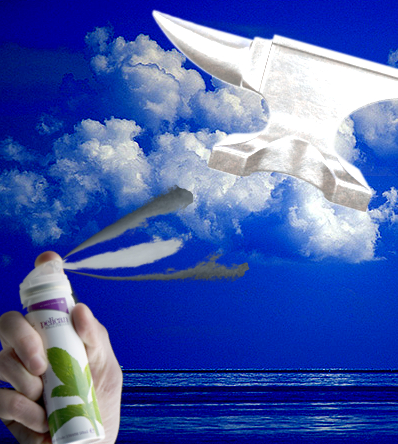 Airborne pollutants do more than just accumulate over time – we now know they contribute to the make-up of storm clouds, creating more direct weather effects.

Research featured in the United States’ journal Proceedings of the National Academy of Sciences hopes to solve a long-running debate and show new links in the relationship between pollution and climate warming.

A previously strong theory said that pollution emissions caused increased convection in thunderheads, leading to larger and longer-lasting storm clouds – the new thinking is quite different; saying that pollution instead makes clouds linger by decreasing their size and increasing the lifespan of vapour and ice particles. The difference will likely effect how scientists represent clouds in climate models.

“This study reconciles what we see in real life to what computer models show us,” said atmospheric scientist Jiwen Fan, from the US Department of Energy's Pacific Northwest National Laboratory.

Clouds left after a thunderstorm look like anvils spread out across the sky.

These clouds cool the earth during the day with their shadows but trap heat like a blanket at night. Pollution can cause clouds from late afternoon thunderstorms to last long into the night rather than dissipate, causing even warmer nights.

Aerosol polluntant particles do this by spreading out through the atmosphere to create ‘seeds’ for cloud droplets to form around. In a polluted sky, where there is more aerosol and less water present, droplets form in a smaller size but greater number.

In cleaner skies; heavier ice particles fall faster out of the anvil-shaped clouds, causing the clouds to dissipate. However, the ice crystals in polluted skies appear to be smaller and too light to fall out of the clouds, leading to larger, longer-lasting clouds.

The finding means that many computational climate models may have to be adjusted to allow for the newly-indentified factors.

Better simulations of convection taking into account the microphysical processes of storm clouds, and addressing how pollution interacts with those processes will need to be addressed to increase the accuracy of future models.

More information is available from the complete report.