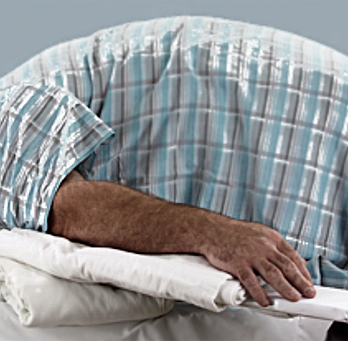 Doctors appear to be unaware of many of their patients’ weight-loss efforts.

A new study has found that while 71 per cent of health care providers believe their obese patients are not interested in losing weight, actually only 7 per cent of patients reported disinterest.

It also found that 81 per cent of obese patients believe it is their sole responsibility to lose weight.

Just 51 per cent discussed their weight with their doctor in the past five years, but only after a significant delay of an average six years from when their weight struggles began.

Reporting on actual attempts to lose weight were also very different between the two groups: 81 per cent of patients said they had made at least one serious weight-loss effort in the past, while health care providers reported that only 35 per cent of their patients had done so.

This could indicate that obese people are not necessarily comfortable discussing the subject with health care providers, or that providers are not aware of an attempt being made.

But the study also found that 68 per cent of obese patients would like their health care provider to start a conversation about weight management during appointments.

“Our data suggest that [obese patients] are motivated to lose weight and there is an opportunity for [health care providers] to initiate earlier, effective weight loss conversations with minimal fear of offence,” says the study's lead author Professor Ian Caterson from the University of Sydney.

He said that patients “may not recognise the need to reduce excess weight until it has an impact on their health”, and that doctors should “raise the topic of weight before such obesity-related complications occur”.

“We hope that these findings can help remove the barriers between people living with obesity and their health care providers and drive more positive engagement in the treatment of obesity.”