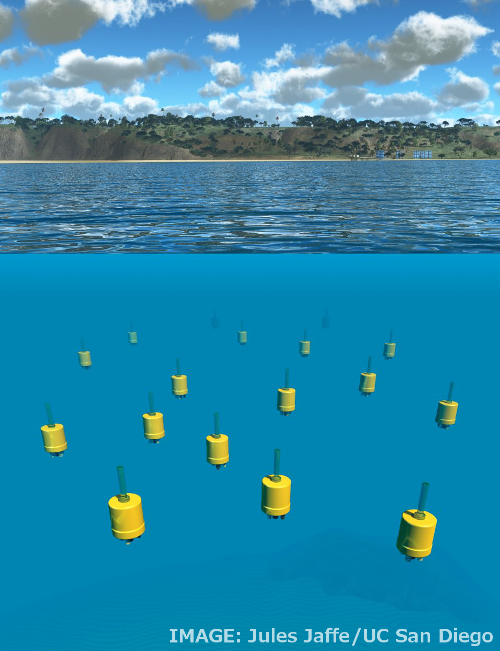 US scientists have built a swarm of robots that can measure waves and ocean currents in high-resolution 3D.

Some of the least-understood processes in the ocean, such as internal wave formation, occur beneath the surface at scales between a metre and a few kilometres.

Jules Jaffe and colleagues from the University of California say their small, autonomous robots can record previously hard-to-measure 3D movements of water, and may provide new insights into physical and biological phenomena in the ocean.

In their latest tests, a five-hour deployment of 16 mini-autonomous underwater explorers, whose 3D trajectories are measured near-continuously, produced a high-resolution reconstruction of the movements of internal waves.

The robots mimic formations observed in plankton, and so can also demonstrate how the system can help to explain the influence of ocean dynamics on biological processes.

The authors propose that these small (1.5 litres in volume), relatively inexpensive vehicles could be used in conjunction with other observational tools to improve our understanding of interactions between physical dynamics and biological processes in the open ocean.

The most recent report is accessible here.

See the sea-bots in action below.