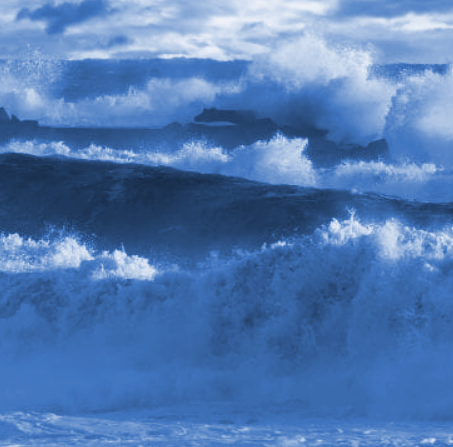 Researchers have mapped out the risk of wave damage in a changing climate.

Wave climate is the nature of wave characteristics and how they occur naturally in the ocean, and how they are distributed in time and space around the world. The three main parameters used to describe wave climate are height, length and direction.

Under a high-emission scenario, Griffith’s team demonstrated widespread ocean regions with robust changes in annual mean significant wave height and mean wave period of 5 to 15 per cent and shifts in mean wave direction of 5 to 15 degrees.

The study has found that there is agreement among wave climate projections for approximately 50 per cent of the world’s coastline, with around 40 per cent revealing significant changes in at least two variables.

Furthermore, they found that uncertainty in current projections is dominated by climate model-driven uncertainty, and that single-method modelling studies are unable to capture around 50 per cent of the total associated uncertainty.

“While we identified some differences between different studies, we found that if the 2℃ Paris Agreement target is kept, signals of wave climate change are unlikely to exceed the magnitude of natural climate variability,” Environmental Engineer Joao Morim said.

“However, under a business-as-usual future climate scenario, we found agreement in the projected future changes in wave heights, lengths and/or directions along 50 per cent of the world’s coasts.

“These changes varied by region, with regional differences in increase/decrease in wave height and length of up to 10 and 5 per cent respectively, and rotation of wave direction of up to 17 degrees.”

The authors also found key areas of global coastline are at risk of future increasing wave heights, including the southern coasts of Australia, and segments of the Pacific coast of South and Central America.

One way this might be felt is via waves running further up a beach, increasing wave-driven flooding.

Similarly, waves travelling from a slightly altered direction in projected climate scenarios (suggested to occur over 20 per cent of global coasts) can alter longshore transport of sediment along a coast.