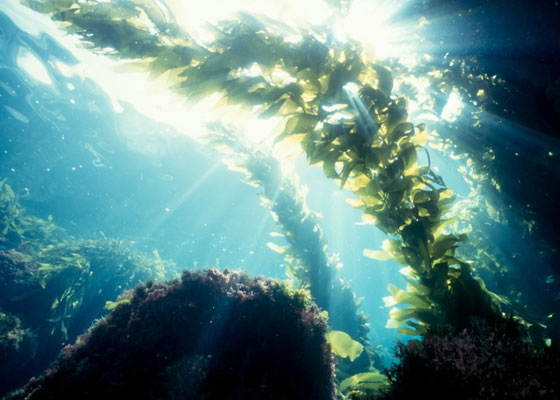 Experts say a single marine heatwave has been found to have released around nine million metric tons of carbon dioxide (CO2) into the atmosphere – an amount equivalent to 1.6 million cars driven for 12 months.

The international research team suggests this one event – which happen in 2010/11 in WA’s Shark Bay - could raise Australia’s annual estimate of national land-use change carbon emissions over the period by 21 per cent.

“Seagrasses have thrived for millennia in Shark Bay, with the two most significant banks – Wooramel Bank and Faure Sill – the result of approximately 8,000 years of continuous growth,” said Dr Oscar Serrano from Edith Cowan University’s School of Science.

“Yet the widespread losses in the summer of 2010/11 were unprecedented, in both the above- and below-ground biomass of Amphibolis and to a minor extent Posidonia, the only two species forming large continuous beds.

“This is significant, as seagrass meadows are known as ‘blue carbon’ ecosystems, because they store carbon dioxide in their soils through biosequestration.

“So when you have an event such as the losses at Shark Bay, you not only lose the seagrass as a way of removing CO2, but the sequestered gas is released back into the atmosphere during seagrass matter decomposition.”

The experts say that like local threats, such as overfishing and nutrient inputs, global pressures like marine heat waves are challenging to manage and require good knowledge as a basis for planning.

“We need to develop strategies to deal with the impact of climate change and extreme weather events,” Dr Serrano said.

“We have seen how quickly losses can occur, and once destroyed, the capacity of seagrass meadows to recover is limited and slow, and largely depends on the arrival of seeds or seedlings.”

Plans for future catastrophes might include removing seagrass detritus, restoration of impacted areas through reseeding and repopulation of some areas with more resilient types of seagrass.