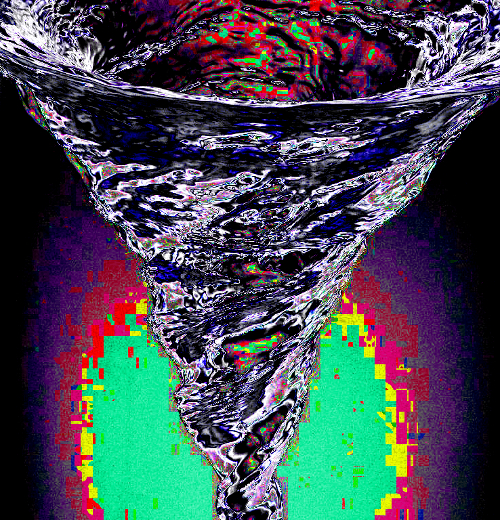 Researchers are finding more and more uses for the ‘unboil an egg machine’.

Since 2013, Professor Raston has been working with his team to explore the possibilities of the VFD, which is capable of controlling chemical reactivity, materials processing and probing the structure of self-organised systems, enabling rapid and now predictable modifications.

The VFD has shown its capability in the synthesis of esters, amides, ureas, imines, alpha-amino phosphates, beta-Keto esters, modified amino acids and the local anaesthetic, lidocaine.

The high-tech yet simple device can be used in medical and pharmaceutical research, food processing, materials processing and more. Its designers say it can be aligned with a range of industries that focus on cleaner, greener and cheaper production.

A defining paper on understanding fluid flow in the Vortex Fluidic Device has been comprehensively explained in an article published in Nanoscale Advances.

The findings of the paper took more than 100,000 experiments to work out – and Professor Raston hopes this publication will encourage more researchers to embrace the VFD and explore yet more applications for the VFD.

“The topological fluid flows, which were established as ‘spinning top’ flow, double helical flow and specular flow, account for all the processing outcomes and applications of the VFD – this is an exciting discovery,” says Professor Raston.

“We have established the topological features of high shear fluid flow in the vortex fluidic device at sub-micron dimensions, at a critical tilt angle of 45 degrees, being the optimal angle for myriad applications of the device.”

The proposed flow patterns in the VFD provide insights that allow accurate prediction and control the formation of nanostructures in the VFD and chemical reactions.

The flow patterns also provide an understanding of the advantages of VFD processing relative to using other methods, showing the VFD processing to be without precedent.