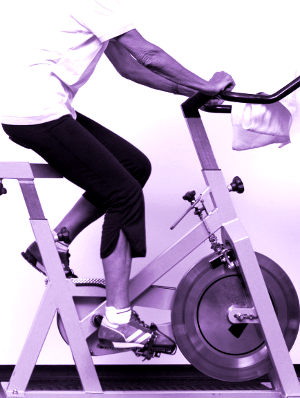 As exercising trends toward the shorter and more intense, a new study could have the elderly going wild for a few seconds per day.

A study in the UK has indicated that short, six-second bursts of vigorous exercise could have big health effects for elderly people.

It is important to note that the most intense efforts came only after weeks fo gradual increase.

High Intensity Training (HIT) has attracted plenty of attention in recent times, promising the same benefits as conventional exercise in a much shorter time.

Instead of a comfortable jog or a nice long bike ride, HIT tells adherents to push themselves to their limits for a short period of time, in line with recent scientific studies.

There is growing acceptance of an argument which says short and strenuous exercise is safer than conventional forms, as some believe the higher heart rate and blood pressure caused by extended exercise can be a trigger for heart attacks and stroke.

The latest study was fairly simple - the group of pensioners went into the lab twice a week for six weeks to pedal hell-for-leather on an exercise bike for just six seconds.

Their heart rates would be allowed to recover before they went at it again, eventually building up to a full minute of exercise by the end of the trial.

“They were not exceptionally fast, but for someone of that age they were,” researcher Dr John Babraj told BBC reporters.

The results have now been published in the Journal of the American Geriatrics Society, showing participants reduced their blood pressure by 9 per cent, increased the flow of oxygen to the muscles and found it easier to complete normal activities like getting out of a chair or walking the dog.

“We've got an ageing population and if we don't encourage them to be active, the economic burden of that is going to be astronomical,” Dr Babraj said.

“A lot of diseases are associated with sedentary behaviour - like cardiovascular disease and diabetes - but if we can keep people active and functioning then we can reduce the risk.

“Also on the social side, they are less likely to be socially active and will interact with people more.”