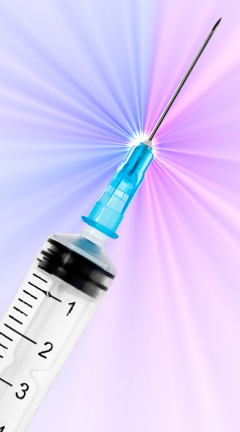 An Australian expert says the current whooping cough vaccine is less effective than the drug it replaced, and may contribute to rising rates of the illness.

Monash University’s Associate Professor Manoj Gambhir has teamed up with the United States Centers for Disease Control and Prevention, to pinpoint the reason behind a surge in whooping cough cases over the past 10 years.

They used mathematical models to reveal that the current ‘acellurlar vaccine’ is not as effective at preventing the disease as DTP, which was replaced due to policy changes between 1992 and 1997.

DTP consisted of inactivated cells of Bordetella pertussis, the bacteria that cause whooping cough. While it worked well in the US for several decades, its side effects were distressing for both infants and parents.

So, he said, the US changed.

“The acellular vaccine was a result of years of intense research that attempted to isolate the specific biological components of the bacteria that raise an immune response … These products were the pertussis toxin as well as various proteins that are usually found on or in the bacteria,” Associate Professor Gambhir added.

The fact that whooping cough vaccinations are administered several times throughout childhood allowed Associate Professor Gambhir’s team to observe the change in overall protection over decades and identify the reasons behind the shifts by using mathematical models.

“The age-group that has the largest number of cases is infants under the age of 1,” he said.

“However, there is generally a second age group in which we see a notable 'bump' in disease, and this age group used to be adolescents.”

In recent years, the second ‘bump’ in the pattern has moved down to seven to 11-year-olds.

“This shift downward in age is in accordance with what one might expect if the first group of kids who are less protected than their predecessors is moving into the seven to 11-year-old age group.

“The lower level of protection of this group of kids is well-explained by the fact that they were among the first group to be entirely vaccinated by the acellular vaccine,” Associate Professor Gambhir says.

“We used a rigorous procedure for fitting several mathematical models to the data, and we found that a drop in protection was always necessary to reproduce the rising pattern of disease we’ve seen in the US,” said Associate Professor Gambhir.

“Crucially, our model also matches the age pattern of disease,” he added.

The results of the study have been published in PLOS Computational Biology.