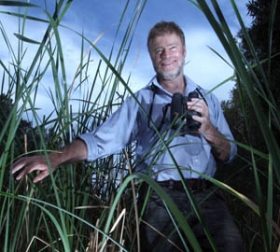 A study undertaken by the University of New South Wales has modelled the impacts of an approved plan to pump water from the Macquarie River to the city of Orange, finding greatly increased risks to river health than were identified in the project’s environmental assessment.

The pipeline will reportedly cost $47 million to construct and a further $728,000 per year to operate, now UNSW says the state’s Department of Planning and Infrastructure and the Planning Assessment Commission failed to notice critical flaws in the original environmental assessment.

“The original environmental assessment was based on dry climate conditions and the wrong pumping thresholds and there is increased opportunity to divert even more water in the future,” says Professor Richard Kingsford, Director of the Australian Wetlands, Rivers and Landscapes Centre at UNSW.

The conclusions drawn by the university’s modelling say the initial assessment’s pumping level threshold is too far below the actual acceptable level. UNSW says the assessment claimed pumping could occur when flow levels were above 38 mega litres per day, in reality that figure should be closer to 108 – 118 ML/day according to the scientists. They also found plans to increase the volume of dams at Orange would significantly increase future water diversion, which was not factored in to the original evaluation.

In addition to the findings about water threshold and planned dam expansions, the report also discovered a loophole in water planning that could allow increased diversion from the already compromised river system.

“The Macquarie Marshes have suffered for more than forty years from diversions of water upstream for irrigation and towns. This is just another blow to its life-giving water supply,” said Professor Kingsford.

The UNSW report is available here.