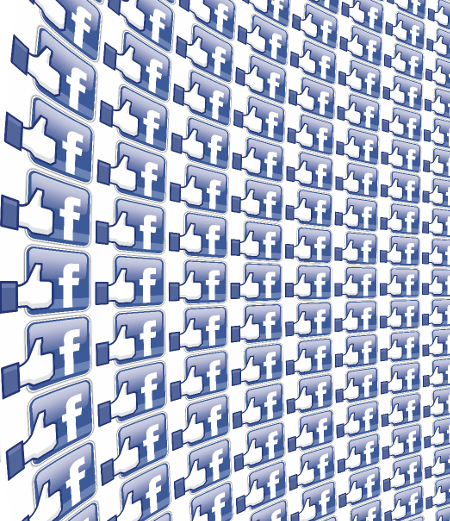 Researchers have developed a mathematical model to examine online social networks, looking at whether we prefer to copy our friends or go with the opinion of the masses.

Research has examined how Facebook users are influenced in the choice of apps that they install on their pages by creating a mathematical model to capture the dynamics at play.

By incorporating data from the installation of Facebook apps into their mathematical model, researchers found that users selected apps on the basis of recent adoptions by their friends, rather than by using Facebook's equivalent of a “best-seller” list of apps.

The model suggests users tended to be swayed by recent activity from their ‘friends’ on Facebook – especially information they saw on their Facebook feeds over the previous few days.

The research, published in the journal Proceedings of the National Academy of Sciences, finds that the “copycat” tendency in human behaviour is strong and that we can be influenced by the activities of others over a relatively short period of time.

The new study uses data from a similar study in 2010, which tracked 100 million installations of apps to show that a user's decision to install some apps was virtually unaffected by the activities of others, whereas sometimes they were strongly affected by the behaviour of others.

This finding remained true even though the apps in the two categories did not appear to be distinguished by any particular characteristics.

Instead, once an app reached some popularity threshold (as measured by the installation rate), its popularity tended to rise to stellar proportions.

In the new study, the mathematical model was made to distinguish between the consequences of two distinct mechanisms that appear to drive the behaviour of the Facebook users.

Using the model and extensive computer simulations, researchers looked behind the empirical data to see whether Facebook users’ behaviour was more influenced by the notifications of apps recently installed on their friends’ Facebook pages, or mainly driven by apps appearing on the best-seller list.

Supercomputers ran thousands of simulations in which they varied the relative dominance of the two influences (recent installations versus cumulative popularity). It took the researchers 15,000 hours of computer processing to best match the results of the simulations with the characteristics of app installation that were observed in the earlier empirical study.

The researchers found that, although users seem to be influenced by both, the stronger effect on popularity dynamics was caused by the recent behaviour of others.

“We have used sophisticated modelling techniques to show how it is possible to tease apart different causal mechanisms that underpin behaviour even when the empirical data are purely observational,” Associate Professor Felix Reed-Tsochas, James Martin Lecturer in Complex Systems at the Said Business School and Director of Complexity Economics at the Institute for New Economic Thinking at the University of Oxford, said.

“Here, we found that the ‘copycat’ tendency plays a very important role in online behaviour. This might be because users need to make quick decisions in information-rich environments, but other research has identified similar imitative behaviour in the off-line world.”