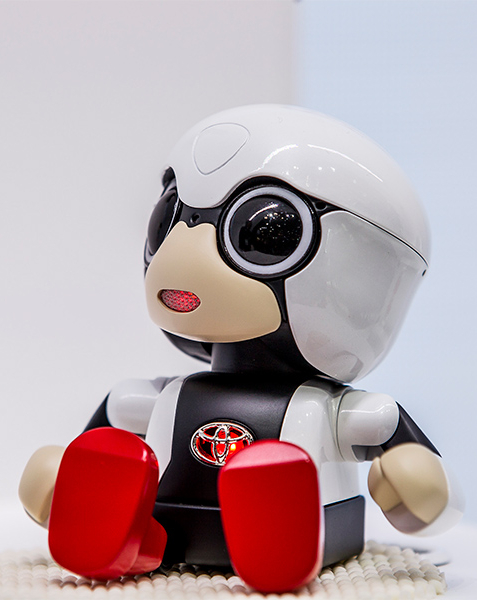 A palm-sized baby-bot called Kirobo Mini is designed as a companion for Japanese women in particular.

The robot, created by Toyota Motor Corp, emulates a human baby that has not learned to walk, instead wobbling like an infant “which hasn't fully developed the skills to balance itself,” chief design engineer Fuminori Kataoka said.

“This vulnerability is meant to invoke an emotional connection,” he added.

Almost a quarter of Japan's population is over 65, but the country’s low birth rate and unwillingness to bring in migrant workers has created a drastic shortage of care workers.

Health providers and the Japanese the Government looking at robots to help out.

Kirobo Mini joins a growing list of companion robots in Japan. Some are designed to help with the physical task of caring for the elderly such as mobility and transport, while others function as therapeutic machines to soothe isolated people and dementia sufferers.

According to the International Federation of Robots, Japan already has the second-highest concentration of robots in the world, with 314 machines per 100,000 employees

Kirobo Mini will go on sale for about $AU512 in Japan next year.

See it in action in the video below.