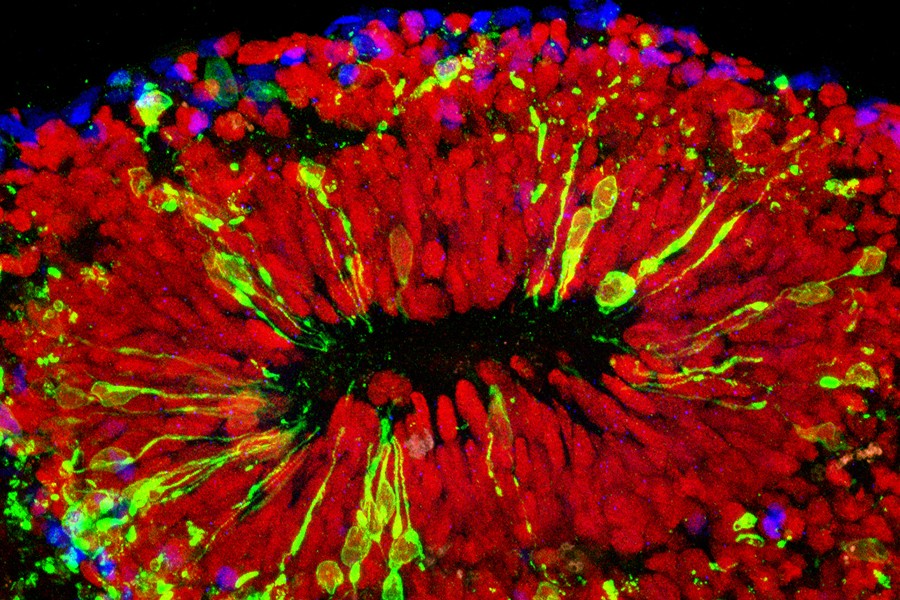 Scientists have used ‘mini-brains’ grown in the lab to test the effects of the Zika virus.

The mini-brains, which have a lifespan of up to 100 days, mimic multiple areas of the real brain, and allow scientists to introduce Zika at various developmental stages of their growth, to test its effects on very early to mid-pregnancy foetal brains.

The findings add to previous work that has shown the virus prefers to infect neural stem cells, and that the time of greatest risk of infection is during the first trimester.

The Zika virus epidemic has emerged at a time when new stem cell techniques for studying the brain are being refined and tested.

Brain organoids - also called mini-brains - have been used in research for years, but they are limited by their high cost, and the tricky protocols that prevent clear control experiments.

Now, a team at Johns Hopkins University in the US has solved these problems by 3D printing miniaturised spinning bioreactors to mass produce brain-region-specific organoids from human stem cells.

The mini-bioreactors were used to make three types of brain-region-specific organoids (forebrain, midbrain, and hypothalamus), which survive and grow for up to 100 days.

This time span allowed the researchers to induce Zika infection during developmental stages equivalent to very early and mid-pregnancy.

The experiments replicated previous findings that the virus prefers to infect neural stem cells and that the extent of damage differs depending on time of infection.

The researchers will make the technology in their Cell paper accessible to the scientific community, and say they are currently testing FDA-approved compounds on the organoids to see whether any can manage Zika infection, to face the future challenge of how to deliver a potential Zika therapy to the foetus.

Their study is accessible here.