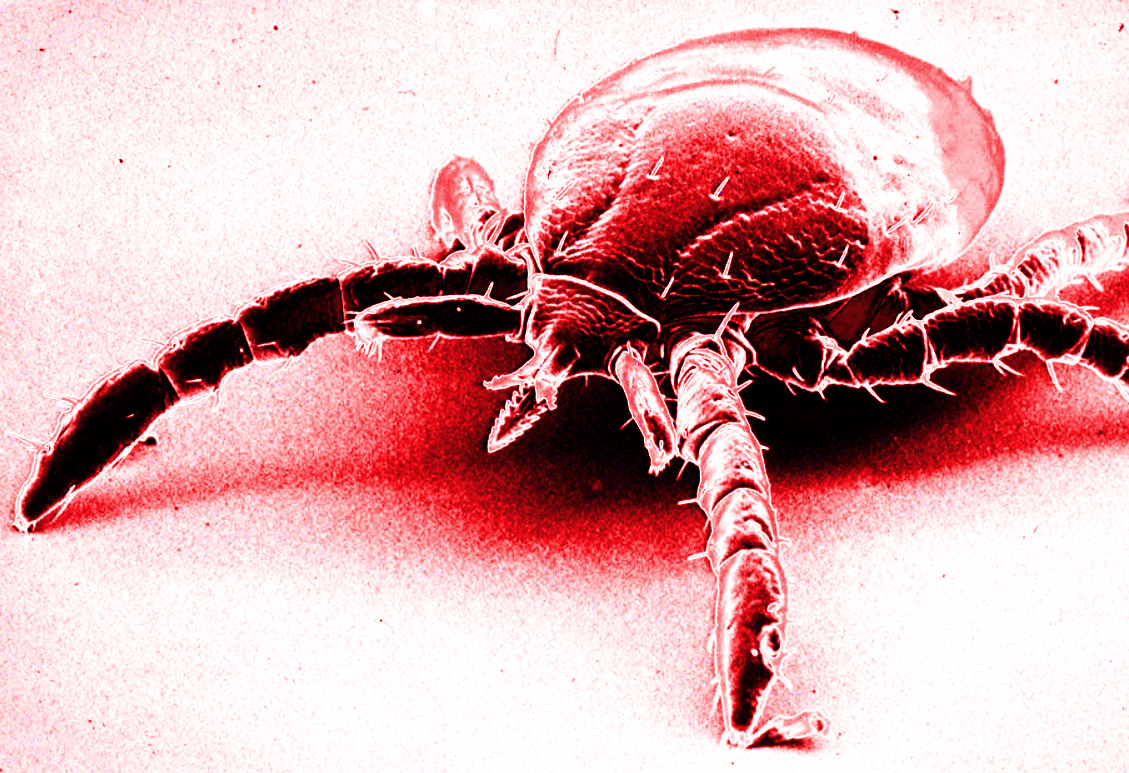 Scientists have synthesised an anti-inflammatory tick spit protein for the first time.

Evasins are a type of protein found in tick saliva which act in human blood to suppress a class of transmitter proteins. This is why people often do not notice a tick has burrowed into their skin after they are bitten.

Scientists now want to see how these proteins can be used for treating human diseases, including potential application for lung inflammation in respiratory illness, such as COVID-19.

“Ticks have a terrible reputation – they are not very nice to look at, need to suck blood to survive and are responsible for transmitting bacteria that cause severe diseases, such as Lyme disease in humans,” said Professor Richard Payne from the University of Sydney.

“However, to a medicinal chemist, ticks are amazing creatures.”

Ticks have evolved an impressive arsenal of biologically-active salivary proteins to pump into the bite sites on their hosts. Among these are various pain-killing agents and some of the best blood-thinning molecules known.

“In order to avoid detection, ticks also produce small protein molecules that suppress the inflammatory response. These proteins are called the evasins because they help the tick evade immune detection. This means they can feed for days without the host knowing they are attached,” Professor Payne said.

The proteins do this by binding to inflammatory molecules found within the blood called chemokines. In a normal infection or bite, the chemokines act as transmitters, letting the body know that white blood cells are needed to fight potential disease. The evasins therefore prevent the chemokines from causing inflammation at the bite site.

Researchers discovered that sulphate molecules attached to evasins give the proteins a powerful kick, suggesting evasins could potentially be repurposed to suppress chemokine-driven inflammation in human disease.

But when they tried to isolate the evasins from the tick saliva, they ended up with a big mixture of other molecules, making the evasins very difficult to test or reproduce.

To overcome this, the team built the proteins from scratch using synthetic chemistry.

They are now trying to engineer these sulphated evasin molecules to make them even more effective and more stable in blood.

The work was undertaken as part of the ARC Centre of Excellence for Innovations in Peptide and Protein Science (CIPPS), which was established this year to discover new proteins, decode their biological functions and develop them for use in health, agriculture and industry.

“Life has had billions of years to exquisitely fine-tune proteins, such as evasins, for particular tasks,” says CIPPS deputy director Professor Payne.

“We have an amazing opportunity now to understand how they work and seek innovative ways to apply them to challenges in medicine and other areas to benefit humanity.”