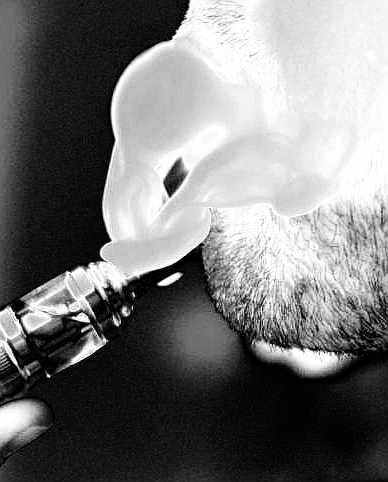 E-cigarettes may soon be available on prescription.

The Therapeutic Goods Administration (TGA) has announced its interim decision to amend the Poisons Standard to classify nicotine for human use as a prescription-only medication, rather than a dangerous poison.

The proposed Schedule 4 entry will include nicotine for use in e-cigarettes, e-juice, heat-not-burn tobacco products, chewing tobacco, snuff and other novel nicotine products, even if no therapeutic claims are made.

The proposed changes would mean that certain nicotine containing products could only be supplied with a doctor's prescription.

This is consistent with existing state and territory laws which make the sale of nicotine e-cigarettes / fluids (except for prescription medical use) illegal throughout Australia and its possession or use illegal everywhere but in South Australia.

The main impact of the decision, if confirmed through a final decision, is that importing these products purchased from overseas internet sites without a valid prescription would be illegal, and subject to impounding by the Australian Border Force.

Personal imports under the TGA Personal Importation Scheme, with a valid prescription, are permitted.

The interim decision will be open for public consultation until 6 November 2020.

Professor Ron Borland - Deputy Director of the Melbourne Centre for Behaviour Change at The University of Melbourne – has described the changes as “too little, but welcome”.

“There is now very strong evidence that vaping is superior to state of the art conventional therapies for smoking cessation, albeit dependent on persistent use of the vaping product,” Dr Borland says.

“Complementing this, is the fact that smoking rates are declining, in some cases at increased rates in countries allowing vaping … so the myth of a gateway being a significant influence is disconfirmed for any serious scientist.

“This was the main concern among tobacco control activists, and residual concern may explain the conservative approach.

“More likely also important is that vaping acts for many as a substitute for smoking, not as a cessation aid.

“It is more like digital camera replacing film.  Therapeutics goods legislation was never designed for such eventualities, so there is no model for regulators to apply.  This is a tiny step in the right direction.

“It will be interesting to see if those the tobacco control movement who have opposed anything to do with vaping are prepared to accept this science-grounded step forward.”