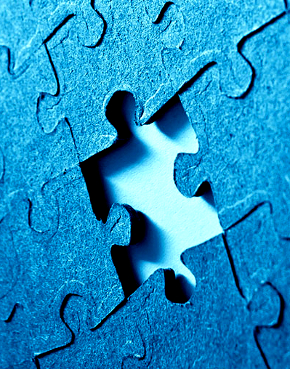 New findings will help in the individual diagnosis and treatment of autism, a condition which is known for its broad variations and difficulty to assess.

Researchers have taken a genetic approach to autism diagnosis, indentifying key genes and a new testing method which could impact the lives of people today.

A report, published in the American Journal of Human Genetics, delivers on the 10-year project's objective to provide practical methods for earlier diagnosis and personalized treatment of autism.

The study found that the comprehensive use of copy number variant (CNV) genetic testing offers an important and exciting new tool.

It involved CNV testing of 2,446 families affected by autism and 4,768 individuals unaffected by neurologic or psychiatric disorders.

Overall, it appears that CNVs are significantly more common in the families affected by autism. Also, the CNV testing uncovered dozens of cases where autism-linked gene changes were associated with additional health risks warranting medical attention.

In nine of the families affected by autism, CNVs involved a gene that indicates elevated risk for seizures and epilepsy.

“This result warrants an immediate referral to a neurologist,” explains senior author Stephen Scherer from the University of Toronto.

Similarly, CNV testing indicated a high risk for muscular dystrophy in several of the autism families, and identified syndromes associated with heart problems in others.

CNVs are genetic changes that involve duplication or deletion of entire segments of DNA.

They do not usually show up on standard genetic tests, which search for “spelling mistakes” in the DNA letters that compose a gene.

Those standard tests identify a clear genetic autism link in only 15 to 20 percent of the cases.

“This report and its extensive supplements should become a new guidebook for medical geneticists working with families affected by autism,” Dr. Scherer says.

The investigators urge medical geneticists to add CNV testing to the standard gene tests for autism and to consult medical recommendations for the many autism-linked syndromes that CNV testing can reveal.