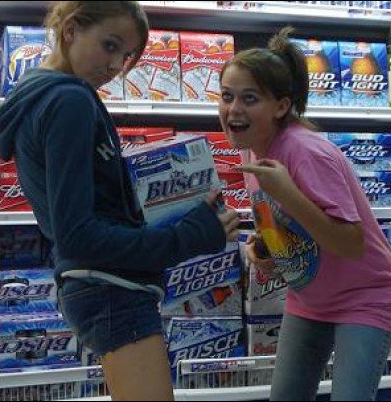 Social media is a cause and a solution to young people's binge drinking habits, according to new research.

A University of Sydney study says exaggerated ‘boozy’ Facebook profiles are exacerbating drinking habits in young people, but correcting these misperceptions among peer groups can reduce drinking by up to 50 per cent.

Lead researcher and psychologist Dr Bradley Ridout said inflated drinking habits and ‘party animal’ status on social media is giving young people a false impression of how much their friends drink and what is normal.

“The more drinking is depicted as socially desirable on Facebook, the more it perpetuates an online culture that normalises binge drinking,” said Dr Ridout from the University of Sydney's Faculty of Health Sciences.

“The truth is that most young people who drink usually do not do so at risky levels.

“We need to communicate and celebrate this fact, as evidence shows correcting inflated perceptions of how much their peers drink can have a big influence on young peoples' behaviour.

“Our pilot study is the first to show the potential of using personalised Facebook feedback to try to counter views of peer drinking exacerbated by social media.”

The researchers then delivered personalised private messages to a group of first-year university students identified as risky drinkers.

The messages compared the individual's drinking habits to those of their classmates and pointed out incorrect assumptions about their friends' drinking levels.

Dr Ridout said the results were extremely encouraging with those who received the feedback on average halving their drinking from 40 to 20 drinks per month.

“The Facebook intervention resulted in a reported 50 per cent reduction in alcohol consumption, and these changes were still sustained three months later.”

Co-author Dr Andrew Campbell said the study shows the power of peer influence and the potential social media has to create behavioural change.

“Alcohol advertisers are ahead of the game and already use peers to promote their messages,” said Dr Campbell.

“If we want to shift the culture around binge drinking in Australia we should follow their lead and leverage the shareability and peer-to-peer nature of Facebook for future alcohol strategies.”

The study is published in the Drug and Alcohol Review.