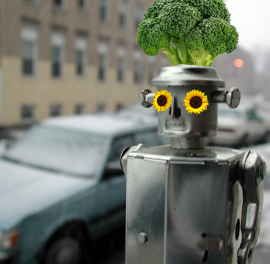 Scientists have been pinching designs from nature for some time, but have now brought living and synthetic materials together in an exciting new way.

The latest “living materials” will combine the best biological and man-made achievements to create new substances with abilities from both worlds.

MIT engineers have coaxed bacterial cells to produce biofilms that can incorporate non-living materials, such as gold nanoparticles and quantum dots.

They could have the good points of live cells, which can respond to their environment, produce complex biological molecules, and span many scales, combined with the benefits of non-living materials such as conducting electricity or emitting light.

The technique could be used to develop a new generation of living devices including solar cells, self-healing materials, or advanced diagnostic sensors.

A single demonstration of the ground-breaking approach has been described by professor of electrical engineering and biological engineering, Dr Timothy Lu.

“Our idea is to put the living and the nonliving worlds together to make hybrid materials that have living cells in them and are functional,” Lu says.

“It’s an interesting way of thinking about materials synthesis, which is very different from what people do now, which is usually a top-down approach.”

Each curli fibre contains a long chain of identical protein subunits which can be modified by adding protein fragments called peptides. The peptides capture non-living materials such as gold nanoparticles and incorporate them into the biofilms.

As if this was not enough, they also engineered the cells to communicate with each other and change their composition over time.

“It’s a really simple system but what happens over time is you get curli that’s increasingly labelled by gold particles,” Lu says.

“It shows that indeed you can make cells that talk to each other and they can change the composition of the material over time.

“Ultimately, we hope to emulate how natural systems, like bone, form. No one tells bone what to do, but it generates a material in response to environmental signals.”

Novel energy-gathering devices could be the most directly useful development, Lu says, creating solar cells and batteries which are true hybrids of the natural and synthetic worlds.

The latest report is published in the journal Nature Materials.