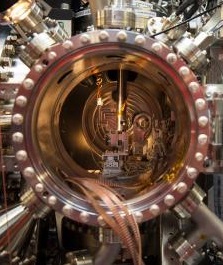 Researchers have come up with an astounding new technique; using X-ray lasers to determine the molecular structure of proteins – without any prior knowledge of what they look like.

A recent experiment has proven that X-ray lasers can play a leading role in studying important biological molecules of unknown structure.

An international collaborative project has produced a full, accurate model of a well-known enzyme found in egg whites.

It is important to be able to scan and identify the fine points of protein molecular structures because they are some of the best targets for disease-fighting drugs.

However, many protein structures that seem like promising targets for new medicines remain unknown, usually because they don't form crystals that can be deciphered with existing techniques.

The LCLS approach is a huge step up from its predecessor called X-ray crystallography - which is credited with finding the vast majority of all known protein structures.

“Determining protein structures using X-ray lasers requires averaging a gigantic amount of data to get a sufficiently accurate signal, and people wondered if this really could be done,” said Thomas Barends, a participating scientist from the Max Planck Institute in Germany.

“Now we have experimental evidence. This really opens the door to new discoveries.”

“This study is an important milestone on which the field will build further,” said John R. Helliwell, a professor of chemistry and formerly a director of the Synchrotron Radiation Source in England.

“The X-ray laser is bringing new opportunities and new ideas for 3-D structure determination of ever-smaller samples. The use of computers to automate this process is a triumph.”

“Further improvements in X-ray detectors, software and crystal formation and delivery techniques should enable more discoveries in the coming years,” he said.

The team is hoping to continually improve the incredible new technique. They hope to explore more complex proteins such as membrane proteins, which serve a range of important cellular functions and are the target of more than half of all new drugs in development.

More information on the recent and future use of LCLS is available here.