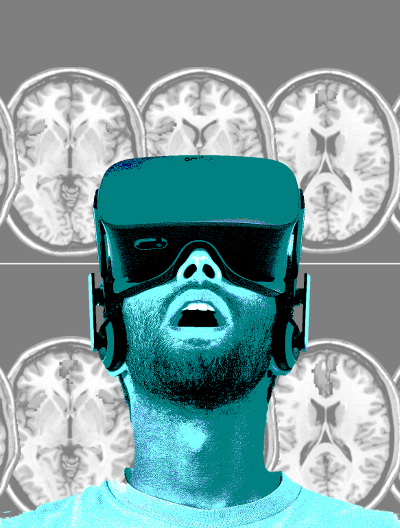 Virtual reality will soon be a big part of many people’s lives, but little is known about the possible psychological effect of life in a false world.

German researchers have created a list of ethical concerns that might arise with the use of virtual reality (VR) by researchers and the general public.

While tech-heads rush to embrace the immersive experience of strapping 3D monitors directly to the face, some experts are concerned about unanticipated consequences for the psychological states and self-images of users when they inhabit a virtual environment as if it is the real world.

As major companies like Samsung, Sony, Apple, Google and Oculus prepare to launch a new wave of user-level VR goggles, more and more opportunities for research, education, and entertainment using VR are getting coverage in the media.

However, Johannes Gutenberg University Mainz (JGU) researchers Dr Michael Madary and Professor Thomas Metzinger say there must be more awareness about the risks that accompany these opportunities.

They say the risks that have received far less attention so far.

Both philosophers have been heavily involved in the “Virtual Embodiment and Robotic Re-Embodiment” (VERE) project, which focuses on illusions of embodiment, in which one has the feeling of owning and controlling a body that is not one's own, such as an avatar in VR.

The fact that VR can create these strong illusions serves as a main reason why VR brings new risks.

Madary and Metzinger say recent studies have shown that immersion in VR can cause behavioural changes that last after subjects leave the virtual environment.

Importantly, they argue, VR creates a situation in which the user's bodily appearance and visual environment is determined by the host of the virtual world.

Such considerations raise the possibility that VR will create vast opportunities for psychological manipulation.

They warn that participants in VR experiments showed strong emotional reactions in addition to behavioural changes, all of which could have an impact on their real lives.