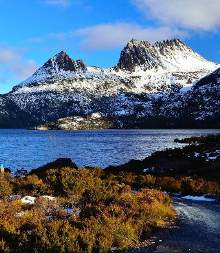 A new report says 60 per cent of Tasmanian nursing graduates cannot get jobs.

Tasmania's Nursing and Midwifery Federation (ANMF) is deeply concerned about the results of its recent study, which found that only 40 per cent of the state’s new nurses have found work.

Nationwide, the ANMF says around two-thirds of last year's nursing graduates gained employment, but a majority of that work was on a part-time or casual basis.

The study found number of “themes” raised by those respondents who were unable to secure employment, including a lack of experience and a lack of follow-on ‘new graduate programs’.

“What we are seeing in Tasmania is many nurses can't get into graduate programs, there's just not enough funded programs,” the Federation's state secretary Neroli Ellis told the ABC.

“But even worse, we're seeing nurses who complete their first year graduate program often can't get permanency at the end of that.”

There are very few signs of improvement, she said.

“It's going to become worse when we see our ageing workforce retiring over the next five years and all of the research shows, particularly in Tasmania, we're going to have a major shortage coming up, so we have to do everything we can to employ our graduates that's our future workforce,” she said.

“What we see at the moment is they can't actually get into graduate programs, we only have around 120 in Tasmania, so we have around 300 graduating and only around 120 funded positions in the public sector.

“Unfortunately the employment systems, the HR systems, don't enable nurse managers to employ them immediately at the end of their contracts and often we lose them to the mainland.

“It's a double banger, while we're working double shifts and needing more nurses, our employment systems are not enabling that.”

The State Government has pledged to fund an additional 40 placements, but there are no details yet on when and where these positions may be.

The Australian Council of Trade Unions (ACTU) says nurses and other graduates are losing places to workers on temporary visas such as 457 or working holiday visas.

A Senate Inquiry into Temporary Work Visas is currently underway.