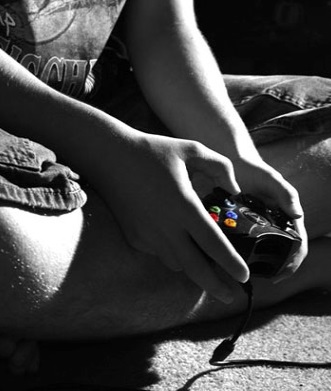 Researchers are working on new treatments for video game addictions.

Problem gaming in its most extreme form is recognised as ‘gaming disorder’ in the International Classification of Diseases (ICD-11) and has much in common with problem gambling.

However, specific analysis of the disorder has so far been limited in Australia as compared to the US, Europe and Asia.

About  1.96 per cent of the population will experience some form of gaming disorder, comparable to figures for some substance use disorders (2.6 per cent) and anxiety disorders (up to 3.5 per cent of population).

Australian researchers have found that significantly more males fit into this category – with gaming disorder rates being about 2.5-to-1 in favour of males compared to females.

About half of the respondents supported school-based education and age restrictions on playing online games.

Also, 48 per cent of participants were supportive of outpatient treatment options for gaming disorder, such as psychological therapy or counselling.

There was relatively strong disapproval for prevention measures that would affect the structure of games themselves, such as in-game timers and shutdown features which have been used in East Asia to reduce adolescent gaming.

However, participants believed that some gaming activities were inherently riskier than others, particularly games with ‘predatory’ in-game spending features (microtransactions), and they commented that the gaming industry should be more proactive to support problem gaming research, including funding research schemes and sharing its player data for the purpose of independent health-focused research.

Dr King says there is a need for improved assessment, prevention and other intervention options for problem gaming, including educational resources and prevention strategies to address unhealthy gaming habits in young people.

He says further research and policy attention is needed on the types of games and features, particularly unregulated in-game spending (loot boxes), that contribute to excessive time and money spent on gaming to the detriment of health and well-being.

The survey is accessible here.