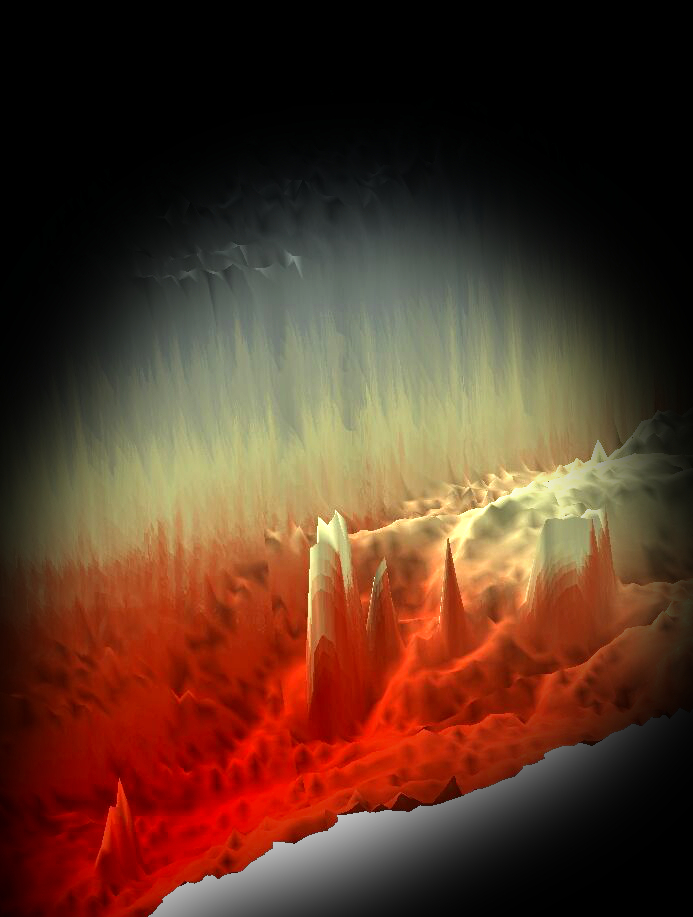 The Twelve Apostles have had their ranks expanded, with the discovery of five extra limestone columns hidden deep below the water.

The never-before-seen sea stacks were spotted during sonar mapping of the seafloor about 6km off the Great Ocean Road and 50m beneath the surface.

Scientists are dubbing them the “Drowned Apostles”.

The ill-fated new Apostles are smaller in both size and number than their better-exposed cousins, but the experts say their existence alone is remarkable.

They have stood in staunch defiance of normal erosion rates, making them the first such limestone stacks to have been found preserved in the ocean.

The discovery was made by PhD student Rhiannon Bezore, Associate Professor David Kennedy from the University of Melbourne's School of Geography and Deakin University's Dr Daniel Ierodiaconou, who provided the high-resolution sonar data.

“Sea stacks are always eroding, as we saw with the one that collapsed in 2005, so it is hugely surprising that any could be preserved at that depth of water,” Associate Professor Kennedy said.

“They should have collapsed and eroded as the sea level rose.”

The researchers theorise that the sea level was rising so quickly when the Drowned Apostles were formed that it passed over the top of them, submerging a large portion of the stone before it could be eroded away.

Like the Twelve Apostles, the newest recruits were once part of larger limestone sea cliff.

Ms Bezore, who made the initial discovery in the sonar data, said they probably date back 60,000 years.

“We had to check what we were seeing because no one has seen stacks submerged at this sea level before,” she said.

“Only a very fine balance can create sea stacks, with rock needing to be soft enough to erode quickly from a cliff but hard enough to support a rocky pillar,” Dr Ierodiaconou said.

The data is part of a project to map the reef estate in Victoria which supports commercial fisheries for southern rock lobster and abalone.

“We are only just starting to understand the biodiversity value of these deep reefs which harbour diverse invertebrate communities, many unknown to science,” he said.

A paper on the discovery is being presented at the International Coastal Symposium in Coogee, Sydney on Thursday.

A video of the Drowned Apostles can be seen below.