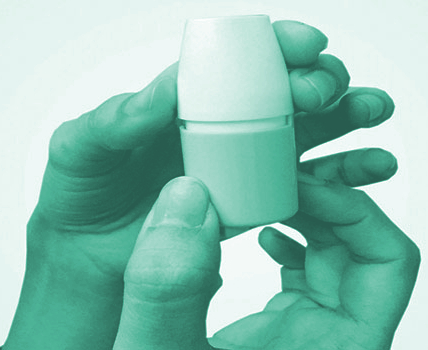 Monash researchers have created an inhaled form of oxytocin, which could significantly reduce deaths during childbirth.

Every year, over 300,000 women in low and low-middle income countries die during pregnancy and childbirth. Postpartum haemorrhage (PPH) is the single largest cause of these deaths.

PPH can be prevented by administering oxytocin, which is widely used in wealthy countries. However, as an injection, oxytocin requires refrigeration and a skilled medical professional to administer it safely.

In low and low-middle income countries, one or both of these requirements are often not available.

Now, researchers at the Monash University Institute of Pharmaceutical Sciences (MIPS) have developed an inhalable, dry-powder form of oxytocin, sponsored by GlaxoSmithKline.

The team this week announced positive results from the first in-human study, opening the possibility of a streamlined pathway to registration, and thus faster access for mothers.

The study demonstrated, in a small cohort of non-pregnant female volunteers, that the effects that inhaled oxytocin has on the body are not meaningfully different from its injected counterpart.

This gives confidence that the inhaled form of oxytocin will deliver similar effects in prevention of PPH when given to mothers immediately after giving birth.

“These results show that oxytocin can be delivered similarly via inhalation or injection and therefore we are less likely to be required to conduct the extensive and costly trials needed for an entirely new drug,” she said.

“Instead, we should be able to move forward with trials on a much smaller scale, featuring patients numbering in the hundreds rather than tens of thousands, potentially making the medicine available much sooner.”