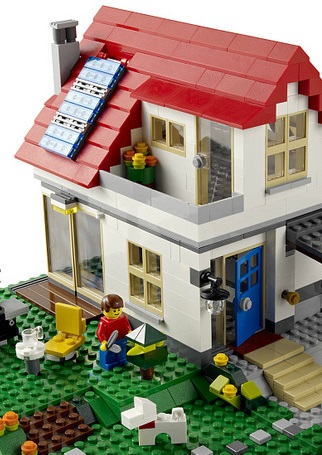 A new manufacturing technique has led to an increase in the energy-gathering abilities of solar panels.

Research has demonstrated that inserting aluminium studs to break up the flat surface of a solar panel can potentially extract extra energy from sunlight, sometimes up to 22 per cent.

A conundrum exists in solar panel designs; thicker panels can catch more light but are more expensive to buy, whereas thinner panels are cheaper but less effective. The new technique aims to get the best of both worlds by covering the surface with aluminium studs to bend and trap light inside the absorbing layer.

Under a microscope, the studs look very much like a popular Danish interlocking-brick building toy enjoyed by millions around the world.

The studding study has been published in the journal Scientific Reports by a team comprised of researchers from Imperial College London and collaborators in Belgium, China and Japan.

“In recent years both the efficiency and cost of commercial solar panels have improved but they remain expensive compared to fossil fuels. As the absorbing material alone can make up half the cost of a solar panel our aim has been to reduce to a minimum the amount that is needed,” said lead author Dr Nicholas Hylton from the Department of Physics at Imperial College London.

“The success of our technology, in combination with modern anti-reflection coatings, will take us a long way down the path towards highly efficient and thin solar cells that could be available at a competitive price.”

Rows of aluminium cylinders just 100 nanometres across were embedded into the top of the solar panel. The studs mingle with passing photons, causing individual light rays to change course. More energy is extracted from the light as the rays become trapped inside the solar panel and made to travel longer distances through its absorbing layer.

Previous trials used gold and silver studs, which were found to actually absorb some of the light. Luckily, the cheaper and much more abundant aluminium option gave the best result.

A copy of the report is available here.