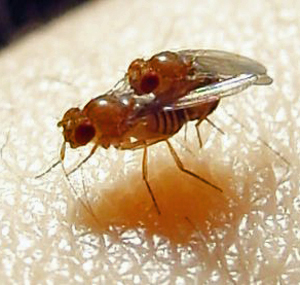 Genetic coding through genome editing has reached a new level of precision; enhancing the ability to edit and alter an organism's DNA.

A new paper from the University of Wisconsin says a step forward has been taken in genome editing of fruit flies, reaching a remarkable new level of fine control and, importantly, the transmission of engineered genetic changes across generations.

Melissa Harrison, an assistant professor of biomolecular chemistry and one of the three senior authors of the new study says: “Genome engineering allows you to change gene function in a very targeted way, so you can probe function at a level of detail that wasn't previously possible.”

The new approach is much more refined that the previous process of removing genes and studying the result. Scientists now work with molecules that drive a type of bacterial immune response, providing a significant technical advance allowing scientists to create whole genetic sequences in very detailed ways, including adding or removing short bits of DNA in chosen locations, introducing specific mutations, adding trackable tags, or changing the sequences that regulate when or where a gene is active.

The new system dubbed ‘CRISPR RNA/Cas9’ can work with an amazing level of precision, down to editing individual base pairs. The design can also be customized through creation of a short RNA sequence to target a specific series in the genome to generate the desired changes. Previous genome editing methods have relied on making custom proteins, which is a costly and slow process.

"This is so readily transferable that it's highly likely to enable gene knockout and other genome modifications in any organism," including those that have not previously been used for laboratory work, says researcher Kate O'Connor-Giles, "it's going to turn non-model organisms into genetic model organisms."