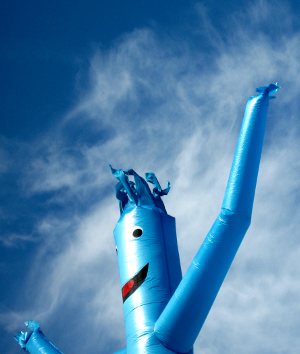 There are many ways for men to improve their sexual function without relying on medication, according to a study at the University of Adelaide.

A report published in the Journal of Sexual Medicine looked at the incidence of erectile dysfunction and lack of sexual desire among Australian men aged 35-80 years.

It found that over a five-year period, 31% of the 810 men developed some form of erectile dysfunction.

“Sexual relations are not only an important part of people's wellbeing. From a clinical point of view, the inability of some men to perform sexually can also be linked to a range of other health problems, many of which can be debilitating or potentially fatal,” says Professor Gary Wittert, Head of the Discipline of Medicine at the University of Adelaide.

“Our study saw a large proportion of men suffering from some form of erectile dysfunction, which is a concern. The major risk factors for this are typically physical conditions rather than psychological ones, such as being overweight or obese, a higher level of alcohol intake, having sleeping difficulties or obstructive sleep apnoea, and age.

“The good news is, our study also found that a large proportion of men were naturally overcoming erectile dysfunction issues. The remission rate of those with erectile dysfunction was 29%, which is very high. This shows that many of these factors affecting men are modifiable, offering them an opportunity to do something about their condition,” Professor Wittert says.

The lead author of the paper, Dr Sean Martin says “even when medication to help with erectile function is required, it is likely to be considerably more effective if lifestyle factors are also addressed.”

"Erectile dysfunction can be a very serious issue because it's a marker of underlying cardiovascular disease, and it often occurs before heart conditions become apparent,” Dr Martin said.

“Therefore, men should consider improving their weight and overall nutrition, exercise more, drink less alcohol and have a better night's sleep, as well as address risk factors such as diabetes, high blood pressure and cholesterol.

“This is not only likely to improve their sexual ability, but will be improve their cardiovascular health and reduce the risk of developing diabetes if they don't already have it."

The results are part of the Florey Adelaide Male Ageing Study at the University of Adelaide, which has been funded by the National Health and Medical Research Council (NHMRC).