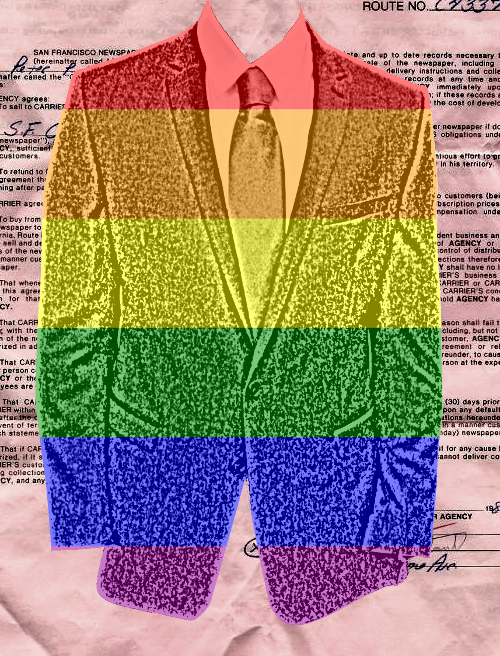 New figures show gay men earn around 20 per cent less than their heterosexual counterparts, while lesbians out-earn heterosexual women by at least 33 per cent.

“Employer discrimination is likely a major part of the explanation for these wage gaps, especially in the case of gay men. But this research has found other factors that also contribute to this situation,” said University of Melbourne’s Professor Mark Wooden.

“Lesbian women earn more than their heterosexual counterparts not because they are paid better, but because they work so much more,” said Prof Wooden.

“One explanation for the increased earnings and longer work hours of lesbians might be that this group are less likely to have children than heterosexual women,” Prof Wooden said.

According to the 2012 Household, Income and Labour Dynamics in Australia (HILDA) Survey, only 22 per cent of lesbian women aged 30 to 49 had children compared to 59 per cent of heterosexual women.

The report found that lesbians who had a partner had a higher wage than those without partners. Of those surveyed, 53 per cent of lesbians have partners and 47 per cent of gay men.

Part of the reason for why the pay of gay men is lower than that of heterosexual men is that their earnings do not grow at the same rate.

“We found that the wages of gay men are growing at a much slower rate than the wages of heterosexual males,” Prof Wooden said.

The study also reported even larger pay gaps for men who live with a partner.

“Gay males who are most likely to be observably gay by employers - those who live with a same-sex partner - face larger earnings penalties than those who are discreet about their sexuality.”

The report also found that gay men are 16 per cent less likely to be employed and are substantially more likely to have several periods of joblessness than heterosexual men.

The research is based on the 2012 data from the HILDA Survey, which included responses from more than 10,000 people.