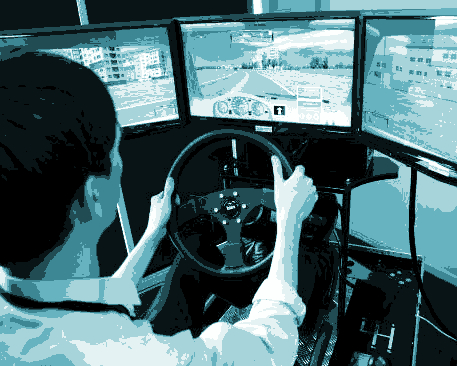 In a recent study, eighty-four young adults drove in a simulator that would issue fines for travelling one, six, or 11 km/h over a 50 km/h speed limit.

A peripheral detection task was used to measure drivers’ mental and visual activities.

Participants also filled out a questionnaire which asked how difficult or demanding they found the experience of driving under the different enforcement conditions.

Stricter speed limit enforcement led to drivers rating the experience as more demanding and had a significant negative impact on peripheral vision, or the ability to detect objects outside the driver’s immediate line of sight.

Experts believe drivers have a limited pool of mental and visual resources to draw from, and that their abilities decrease when these resources are divided between tasks.

“Similar effects have been shown for individuals who drive while talking on a phone or operating their car’s stereo,” Dr Bowden said.

“Our overall finding was that stricter speed enforcement may impair a driver’s ability to detect hazards, especially those on the side of the road, because drivers are dedicating more attention to monitoring their speed.

“In reality the effects of strictly enforced speed limits could be even greater than in our study, with real-world drivers experiencing greater pressures to drive at or above the posted speed limit.”

The researchers say their next study will see whether drivers are worse at responding to hazards under conditions where speed limits are strictly enforced.