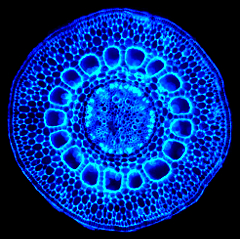 Research shows that without further interventions, the gender gap in STEMM is very likely to persist for generations.

Researchers from the University of Melbourne analysed the numbers of men and women authors listed on more than 10 million academic papers, allowing them to calculate the gender gap among researchers, as well as its rate of change for most disciplines of science and medicine.

They used computational methods to gather data from the citation databases PubMed and arXiv, and then estimated the gender of 36 million authors based on their names.

The 15-year dataset covers more than 6000 academic journals, spans almost all STEMM disciplines, and includes authors from over 100 countries.

The study is published in PLOS Biology.

“Of the gender-biased disciplines, almost all are moving towards parity, though some are predicted to take decades or even centuries to reach it.”

Fellow researcher Associate Professor Devi Stuart Fox said that they chose to focus on academic publications as they are currently the primary means of disseminating scientific knowledge and the principal measure of research productivity, thereby influencing the career prospects and visibility of women in STEMM.

“Author lists of these publications also provided information on the gender ratio of people working in a given field as well as seniority. In most disciplines represented in the dataset, the conventions regarding authorship order mean that first authors are typically junior researchers, while last authors tend to be more senior. “

The team note that the underrepresentation of women in senior authorship positions probably has multiple, complex causes, but that several practical measures that could help to close the gender gap have already been identified, and are awaiting implementation.

These could include reforming academic publishing and peer review, ensuring women have equal access to informal professional networks, affording greater recognition of the extra demands outside the workplace that traditionally fall on women when assessing researchers’ achievements, ensuring women receive equal resources at work, better access to parental leave and career break provisions, striving for a representative gender ratio of invited speakers at conferences, and affirmative action during hiring.