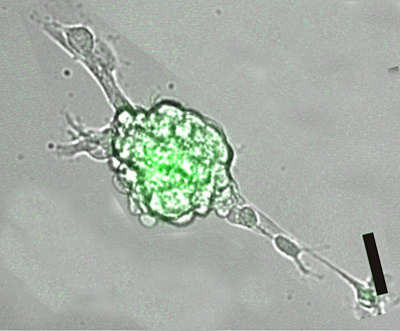 Stem cell therapies continue to provide remarkable improvements for the treatment of many conditions, with new research now suggesting a better way to use stem cells for heart problems.

Cardiology researchers at the United States’ Emory University have been trying to tackle a problem which has hindered the effectiveness of stem cells for the heart; using normal methods most cells do not stay in the heart or die too quickly to be effective.

A method has been devised where researchers package stem cells in a capsule made of a gel-like alginate substance. Once wrapped up in their packages the cells stay put, releasing their healing benefits progressively over time.

In a recent experiment the team used encapsulated mesenchymal stem cells to form a patch that was applied to rats after heart attacks. The treatment resulted in increased heart function, reduced scar size and more growth of new blood vessels compared to subjects that were treated with naked cells or with nothing at all. A month later the evidence was still strong, with most of the encapsulated cells lining far longer than previously.

“From some studies of cell therapy after myocardial infarction, one can estimate that more than 90 percent of the cells are lost in the first hour. With numbers like that, it's easy to make the case that retention is the first place to look to boost effectiveness,” says professor of medicine, Dr W. Robert Taylor.

The packages insulate the stem cells, allowing them to sense the outside environment, release small proteins such for growth and other cells functions, all while preventing larger proteins such as antibodies from gatecrashing the healing party.

In a clinical setting, Dr Taylor says the goal is to use autologous cells as a source for cell therapy materials. The team says mesenchymal stem cells could be obtained from the patient's bone marrow, for example. The cells would be grown outside the body for several days in to have enough for a therapeutic effect, and the team are now researching the best materials to control and facilitate a progressive release of proteins.

Full details of the research have been posted in the open-access Journal of the American Heart Association.