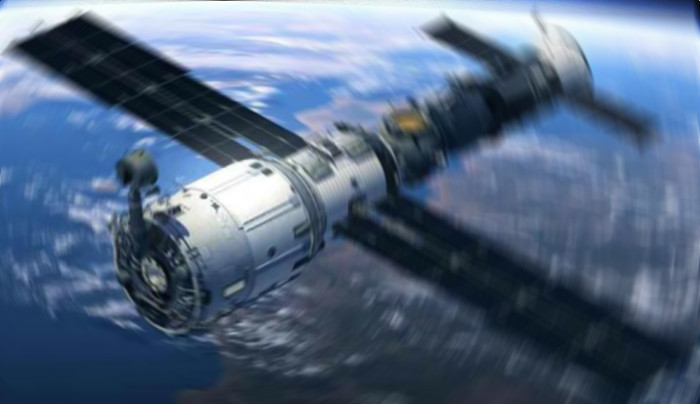 The Chinese space station Tiangong-1 should crash somewhere on Earth around Easter.

Because of the nature of the craft, and the secrecy surrounding it, scientists are unsure as to where the craft will land.

The best guess for the re-entry footprint includes parts of southern Australia, leading some to wonder if they will be dinged by high-speed debris.

Tiangong-1 is currently circling as low as 200 km above the Earth.

Its altitude is decreasing each day due to the drag of Earth’s atmosphere, but its exact re-entry point and the location of its final resting place cannot be predicted because its orbit is affected by complex environmental factors, including the Sun.

Also, the way the station will disintegrate upon re-entry cannot be ascertained because its make-up is unknown and is a matter of speculation.

Tiangong-1 was home to the crews of several space capsules in 2012 and 2013 but then went idle for a number of years.

In 2016, ground controllers lost contact to Tiangong-1. It is now nearing its fiery demise as it gradually gets slowed down by the fringes of the Earth's upper atmosphere.

Very little information has been provided by officials as to why the telemetry link was or had to be cut.

The Inter-Agency Space Debris Coordination Committee (IADC) led by the European Space Agency (ESA) is conducting an international campaign to monitor the approaching re-entry, which is expected between March 30 and April 2nd.

What is certain is that the 8.5-tonne Tiangong-1 will heat up and break apart on its way down.

But Dr Elias Aboutanios - Deputy Director of the Australian Centre for Space Engineering Research at UNSW - says there may not be much left to hit the ground.

“Most of it will be incinerated and will not reach the surface of the Earth,” he said.

“Also it is extremely unlikely that pieces of Tiangong-1 will land on populated areas, let alone cause injuries.”

Dr Aboutanios says it is far from the first thing to fall out of orbit.

“In a similar event, the Soviet Kosmos 954 satellite re-entered the atmosphere in 1978 and crashed in the Northwestern Canadian Territory,” he said.

“The satellite carried a nuclear power source which led to radioactive material being dispersed over the crash zone and required a subsequent clean up. The Canadian claim was eventually settled diplomatically with the USSR paying Canada around $3 million (Canadian).

“The fall of the US Skylab resulted in a littering fine issued by the Shire of Esperance in WA.

“Tiangong-1 is likely to contain fuel that would have been used to raise its orbit in normal operation. This fuel is highly toxic and should not be handled.”