Space dust could give Martian bugs 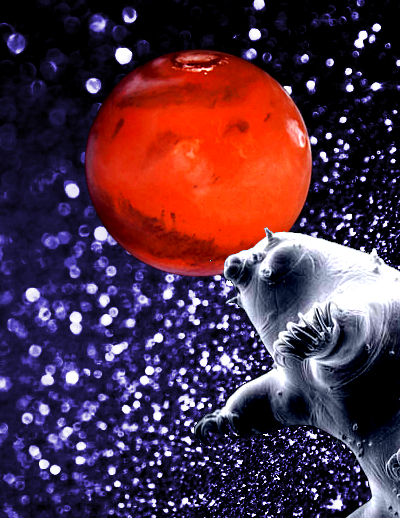 Recent images from NASA’s Curiosity rover show Earth-like soils that hint at the existence of life on Mars.

NASA rovers have shown Martian landscapes littered with loose rocks from impacts or layered by catastrophic floods, rather than the smooth contours of soils that soften landscapes on Earth.

Geologist Gregory Retallack, an Australian researcher at the University of Oregon, studied mineral and chemical data from researchers on the Curiosity mission, and has published his analyses in a new paper.

“The pictures were the first clue, but then all the data really nailed it,” Retallack says.

“The key to this discovery has been the superb chemical and mineral analytical capability of the Curiosity Rover, which is an order of magnitude improvement over earlier generations of rovers.

“The new data show clear chemical weathering trends, and clay accumulation at the expense of the mineral olivine, as expected in soils on Earth.

“Phosphorus depletion within the profiles is especially tantalizing, because it attributed to microbial activity on Earth,” he said.

The ancient soils, he said, do not prove that Mars once contained life, but they do add to growing evidence that an early wetter and warmer Mars was more habitable than the planet has been in the past 3 billion years.

The newly-discovered soils provide more benign and habitable soil conditions than were previously known to exist on ancient Mars.

They were dated to 3.7 billion years ago, Retallack noted, putting them into a time of transition from “an early benign water cycle on Mars to the acidic and arid Mars of today”.

Life on Earth is believed to have emerged about 3.5 billion years ago, but some scientists theorise that evidence of life on Earth earlier than this date was destroyed by plate tectonics, which did not occur on Mars.

Dr Malcolm Walter, from the Australian Centre for Astrobiology, has commented on the finding, saying the potential discovery of these fossilised soils in the Gale Crater dramatically increases the possibility that Mars has microbes.

“There is a real possibility that there is or was life on Mars,” he writes.