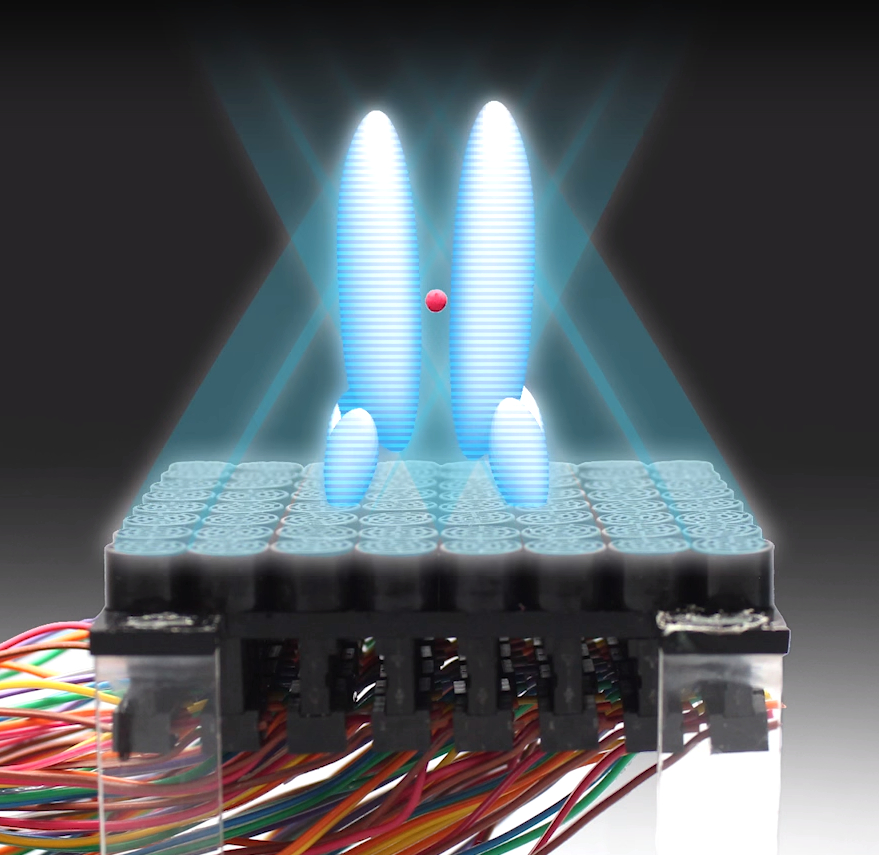 Researchers at the Universities of Bristol and Sussex have built a working tractor beam that uses high-amplitude sound waves to generate an acoustic hologram, which can pick up and move small objects.

The technique - published in Nature Communications - could be developed for a wide range of applications, such as a sonic production line to transport delicate objects and assemble them with no physical contact.

Other ideas include a miniature version to grip and transport drug capsules or microsurgical instruments through living tissue.

“We all know that sound waves can have a physical effect. But here we have managed to control the sound to a degree never previously achieved,” said Bruce Drinkwater, Professor of Ultrasonics.

The researchers used an array of 64 miniature loudspeakers to create high-pitch and high-intensity sound waves.

The tractor beam works by surrounding the object with high-intensity sound and this creates a force field that keeps the objects in place.

By carefully controlling the output of the loudspeakers the object can be either held in place, moved or rotated.

The team have shown that three different shapes of acoustic force fields work as tractor beams.

The first is an acoustic force field that resembles a pair of fingers or tweezers.

The second is an acoustic vortex, the objects becoming stuck-in and then trapped at the core and the third is best described as a high-intensity cage that surrounds the objects and holds them in place from all directions.

More details are available in the full report - Holographic acoustic elements for manipulation of levitated objects.

The device is demonstrated in the video below.