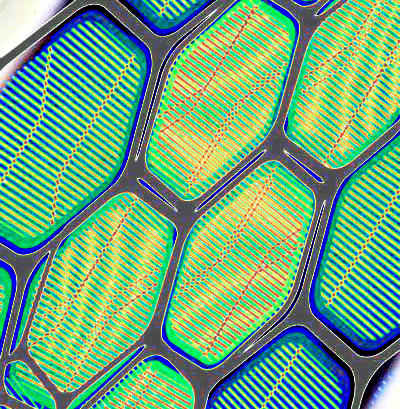 Engineers are experimenting with phosphorus to make super-thin solar cells.

Flinders University nanotechnology researchers have made flakes of phosphorene, a 2D form of phosphorus only a few atoms thick, which could not only boost the energy capacity of popular dye-sensitised solar cells (DSSC) but potentially remove the need for the expensive component platinum.

Sheets and flakes of phosphorene could improve the efficiency of certain types of photovoltaic cells, according to a research team led by Professor Joseph Shapter at Flinders University.

Solar cells based on carbon nanotubes and silicon promise a cheaper and easier-to-manufacture alternative to crystalline silicon cells. However, one challenge with these new solar cells is to boost their ability to effectively convert sunlight into electricity.

One approach is to include a layer of ultra-thin nanoflakes of phosphorene in the solar cells.

DSSC are an emerging field of thin-film, semi-flexible and semi-transparent solar cells which are simple to make but limited by quite costly components such as platinum and ruthenium.

In a second study, the team again used the microwave method to make phosphorene flakes and then added them to carbon nanotube–silicon solar cells to show a significant improvement in the cells’ power conversion.

“With these promising early results, further studies with the microwave technique and other solvents will help improve stability and durability of phosphorene and allow us to look at ways to produce larger amounts of phosphorene for possible commercial applications,” says co-author Dr Christopher Gibson.

The studies are accessible here and here.