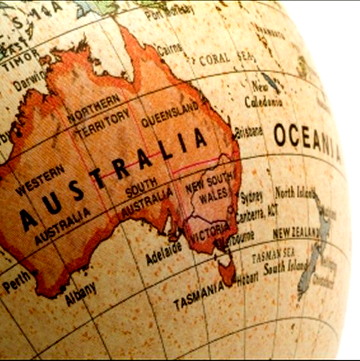 Advanced modelling has solved a generations-old geological question, as scientists investigate why long, curvy mountains form near places where tectonic plates smash together.

Geologists have long wondered why giant swirls form during the collision of tectonic plates, and investigations by a team including Monash University researchers may have provided the answer.

Three-dimensional geo-physics models have shown that even for planet Earth, the collision of tectonic plates can be a real shake-up.

Models have shown subduction zones stuttering and reeling from the impact when wayward continental fragments slam into them.

Based on the models, researchers found that part of the slab that is being pushed down into the deep earth sweeps up around behind the collision. This pushes continental material into the mountain belt behind.

Researchers say the 3D models show a characteristic pattern of intense localised heating, volcanic activity and fresh sediments that had been unexplained until now.

The new view explains why curved mountains appear near colliding plates, showing material that has been scraped off one plate and pushed onto another is then dragged into a curved path on the continent.

“The amazing thing about this research is that we can now interpret arcuate [bow-shaped]... geological structures on the continents in a whole new way,” one researcher said.

“We no longer need to envision complex motions and geometries to explain the origins of ancient or modern curved mountain belts.”

The results from this research will help geologists interpret the formation of ancient mountain belts and may prove most useful as a template to interpret regions where preservation of evidence for past collisions is incomplete - a common, and often frustrating, challenge for geologists working in fragmented ancient terrains.

The study has been published online by the journal Nature.