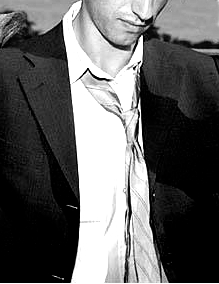 The experiments simulated real business environments in which participants played for real money.

The aim was to test the effectiveness of subtle changes in communication to encourage company directors to comply with their legal obligations to report information to their liquidators.

These small changes are known as “nudge” techniques.

The report - Improving Communication with Directors of Firms in Liquidation - was commissioned by ASIC (Australian Securities and Investment Commission).

In Australia almost 10,000 companies became insolvent in 2012-2013 and there are a lot of processes for directors to go through to comply with their nominated liquidator's requirements.

“Our experiment confirmed that non-compliant directors fall into two categories: directors who struggle to comply because they are overwhelmed with requirements and who may lack financial skills, and those who intentionally go into liquidation to withhold assets for private use,” said Queensland Behavioural Economics Group (QuBE) leader Professor Uwe Dulleck.

“This indicates that letter design should take into consideration the psychology of the recipient.”

“Participants were then given some information about what they had to supply to the liquidator and some options for how they could do so.

“We also found that just reversing the order of the letter currently sent to unintentionally non-compliant directors, who would most likely be overwhelmed by ‘cognitive overload’, got more of their limited attention by stating the actions requested by ASIC first, followed by the rules and penalties.”

Professor Dulleck said other effective techniques that ASIC could trial to nudge compliance included informing directors that compliance rates were usually high, thus appealing to their need to conform to social norms.

“For intentionally non-compliant directors the most effective treatment may be to leave the potential for punishment ambiguous, which is likely to be perceived as more threatening,” he said.