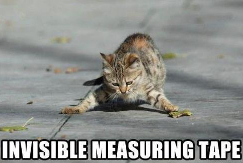 Researchers in the UK have created a system to model bizarre physical phenomena much faster than ever before.

A 27-dimensional quantum state is a difficult thing to imagine and has been equally difficult to model, until now.

Previously, thinking about extra-dimensional spaces required the help of time-consuming, multistage mathematical processes. A team has now developed a method to do the same thing in a single experiment with no post-processing.

The work is interesting because fast, accurate and efficient methods for characterising high-dimensional states could be key to developing high security quantum communications systems, and improve our fundamental understanding of the universe.

In work published this week by Nature Communications, a team from the University of Rochester and the University of Glasgow demonstrate direct measurements of the quantum state associated with the orbital-angular momentum.

“As the field of quantum information continues to advance, we expect direct measurement to play an increasingly important role in this.”

It is unclear exactly how much more efficient direct measurement actually is, but the lack of post-processing is a major boost in speeding-up measurements.

Normally, one would expect the uncertainty principle to disallow directly measuring quantum states, but the process involves a small trick to make it possible.

Direct measurements consist of a ‘weak measurement followed by a ‘strong’ measurement. In quantum mechanics the act of measuring a quantum state disturbs it irreversibly, a phenomenon referred to as collapse of the ‘wavefunction’. The trick lies with the first measurement being so gentle that it only slightly disturbs the system and does not cause the wavefunction to collapse.

“It is sort of like peeking into the box to see if Schrodinger's cat is alive, without fully opening the box,” said lead author Dr. Mehul Malik, a post-doctoral research fellow.

Malik added that the beauty of the weak measurement is that it does not destroy the system, unlike most standard measurements of a quantum system, facilitating the subsequent ‘strong’ measurement of the other variable.