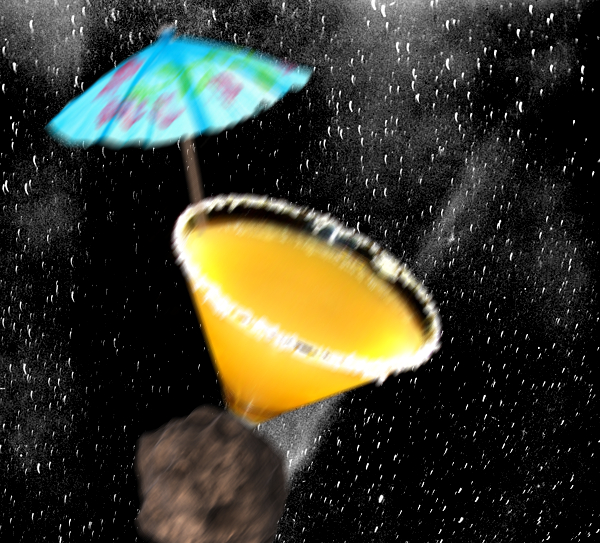 Scientists have identified two of Earth’s favourite complex organic molecules – sugar and alcohol - on a comet for the first time.

The finding sheds new light on the possible origin of life on planets like Earth.

Ethyl alcohol and a simple sugar called glycolaldehyde were detected in Comet Lovejoy, according to a new study published in the journal Science Advances.

“These complex organic molecules may be part of the rocky material from which planets are formed,” the researchers said.

Many organic molecules have been spotted whizzing around space, and they are often considered likely candidates for the origin and spread of life – if it exists – across the universe.

Complex organics have previously been discovered in comets including 67P/Churyumov-Gerasimenko, the site of the European Space Agency's Philae probe landing.

The Philae mission has so far found four compounds that had never been detected on a comet before.

Comets are typically made up of some of the oldest and most primitive materials in the galaxy, and so scientists see them as time capsules that offer a peek into the very beginnings of the universe 4.6 billion years ago.

While the latest study does not speculate on whether material from comets seeded Earth with the basic components for life to emerge, it does add some credence the idea.

“The presence of a major complex organic molecule in comet material is an essential step toward better understanding the conditions that prevailed at the moment when life emerged on our planet,” said study co-author Dominique Bockelee-Morvan, an astrophysicist at the French National Centre for Scientific Research.

“These observations show a possible explanation for its (life's) origin on our planet.”

Comet Lovejoy is particularly interesting because “it is one of the most active comets in Earth's orbital neighbourhood”, the study stated.

The finding was made from the lens of a 30-metre long telescope at the Institut de Radioastronomie Millimetrique in Sierra Nevada, Spain in January 2015, just when the comet was at its brightest and most productive.