Saturn's moon as site for life 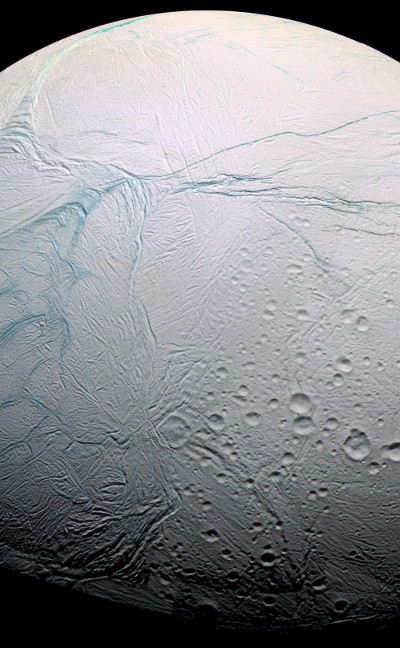 Certain microbes can grow and produce methane from carbon dioxide and hydrogen gas under conditions extrapolated for Enceladus — the icy moon of Saturn — reports a new paper.

In addition, the authors suggest, sufficient hydrogen to support these microbes could potentially be produced by geochemical reactions that may take place in Enceladus’s rocky core.

Enceladus is a hot spot in the search for potential extra-terrestrial life, as it harbours a watery ocean beneath its icy crust, hydrothermal activity at its south pole.

The moon contains various compounds including methane, carbon dioxide, ammonia, and molecular hydrogen that can be produced, or used for growth, by microorganisms.

It is speculated that microorganisms known as methanogenic archaea might thrive under the predicted conditions on Enceladus by using carbon dioxide and molecular hydrogen for growth, releasing methane as a by-product.

Simon Rittmann and colleagues cultivated three of these microorganisms in the lab, under gas compositions and pressures similar to those predicted on Enceladus.

One of the microbes, called Methanothermococcus okinawensis, grew and produced methane even in the presence of compounds that inhibit the growth of other methanogenic archaea, such as formaldehyde, ammonia, or carbon monoxide.

In addition, they found that low-temperature serpentinisation — a process in which rocks are geochemically altered — possibly taking place in Enceladus’s core, may generate enough hydrogen gas to support the methanogenic microbes.

These results support the idea that microorganisms such as methanogenic archaea might, in theory, thrive and produce methane on Enceladus.

However, the authors caution, methane can also be generated by non-biological, geochemical processes. The authors suggest it would be worthwhile to further the search for chemical signatures of biological methane production and microbial life on Enceladus.