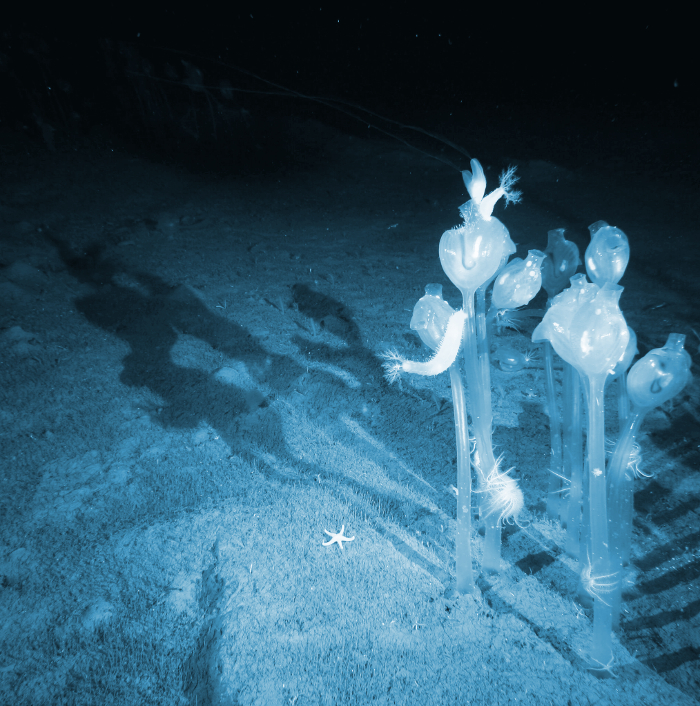 The team has been able to accurately predict the extent of seafloor life without the need for extensive physical sampling.

The researchers combined satellite images of phytoplankton colour on the sea surface with a suite of connected models of how the microscopic phytoplankton are swept by ocean currents, sink to the seafloor and are then redistributed across it.

“For the first time, we are able to predict how much food is available to organisms on the Antarctic sea floor, and therefore how much life is supported across the region,” says lead author, Jan Jansen.

“Scientists have long known that there was a relationship between organic matter on the surface and life on the sea floor.

“But until now there hasn't been a reliable model that not only explained the link but also enabled predictions of biodiversity.

“Our ‘food availability model’ brings satellite data and analysis of the rate at which organic matter sinks together with data about fluctuating ocean currents on and above the seafloor.

“The model's predictions about how much food there will be in a particular area have been verified by physical sampling of seafloor sediments.

“This system of models allows broad scale predictions of seafloor biodiversity over vast regions of the Antarctic continental shelf that were previously hidden, as well as predictions about how climate change will affect the ecosystem.

“It will also support better informed decisions about how parts of the ocean can be best managed and conserved in the future,” Jansen said.

Co-author Professor Craig Johnson said that while the study was based on a region in eastern Antarctica, the new approach could be used to generate maps of biodiversity across the continental shelf right around the Antarctic continent, including areas where information is currently limited or difficult to collect.

“This information would be very valuable and is an exciting prospect,” Professor Johnson said.

“Jan Jansen is to be congratulated for his lead role in pulling together many threads across several disciplines to help answer a major research question. It is a remarkable achievement by a scientist so early in his career

“With further research, this system of models has the potential to provide valuable insights into seafloor biodiversity across other parts of the world's oceans.”