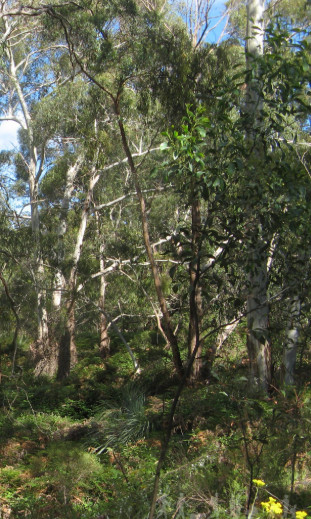 Flinders University researchers have some new ideas about how to desalinate local waterways.

A Flinders research team has discovered that a stream in a deforested Adelaide Hills catchment that shows a decreasing salinity trend over the past 28 years.

They say this could point to possible long-term remediation of salt-affected land.

Scott Creek is in a high rainfall area, and Flinders researcher Tom Anderson says the combination of time and volume of water flow has resulted in salt regression by flushing it from the water table.

He believes the methodology could be applied across Australia in areas where streams and rivers have been affected by high salinity.

Dryland salinity occurs after deep-rooted native vegetation (mainly gum trees) has been cleared and replaced with short-rooted agricultural crops, which allows more rainfall to infiltrate into groundwater and subsequently raise the water table.

Historical salts built up over thousands of years can therefore discharge into surface water, but a finite mass of historical salts mean that streams become less saline as salt is eventually flushed from the system.

In the case of Scott Creek, reaching a return to salt equilibrium is happening faster than expected - within about 300 years of this area being deforested, noting that continued rainfall and drainage are key factors to ensure continued change.

Theories of reaching a new salt equilibrium have been conceptualised by scientists since the 1970s, but this is the first study to reveal a statistically significant trend that shows a stream returning to equilibrium.

Mr Anderson says evidence of a catchment returning to the original salinity levels before European settlement is exciting news for farmers, as southern Australia continues to face great hardships from salinity issues.