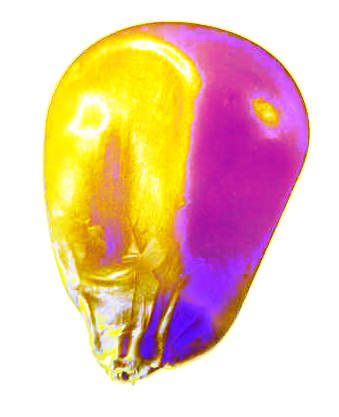 The South Australian government is lifting its moratorium on growing GM food crops.

There will be a six-week consultation period on the proposed amendment to regulations, following an independent review by Emeritus Professor Kym Anderson earlier this year.

The ban is set to stay on Kangaroo Island, which is the only region in South Australia that was able to demonstrate evidence that the GM-ban delivered market benefits.

Despite the benefits and in some people’s minds, necessity, of modern genetically-modified crops, the technology remains highly controversial in Australia.

Studies have shown that people’s values associated with GM research and commercial release reflect different understandings of what makes good food, but also considerations about economics and the environment, as well as concerns about who benefits.

Also this week, the Australian Academy of Science has released a new booklet on genetic modification (GM) that tackles some of the big questions.

“As an environmentalist, and someone who believes that everyone in this world has a right to a healthy and nutritious diet of their choosing, I could not have chosen a more counterproductive path and now I regret it completely,” he said.

The Academy has specifically stated that it does not support the Australian Greens move to disallow proposed amendments to the Gene Technology Regulations 2019.

Academy Fellow and plant scientist, Dr TJ Higgins, said many in the Australian community are looking for answers to the questions about the science of genetic modification.

“The latest research by the Office of the Gene Technology Regulator found knowledge about what foods in Australia are genetically modified is generally poor,” he said.

“A simple google search demonstrates just how much conflicting and inaccurate information there is out there on genetic modification.

“This research also shows that while only 13 per cent of Australians said they supported GM foods, 50 per cent also gave conditional support.

“The conditional support of those who stated ‘Yes but…..’ relied on a desire to be assured GM products are regulated, or to know whether they have environmental or health benefits,” Dr Higgins said.

The booklet provides descriptions of genetic modification technology and draws on the knowledge and expertise of the Academy’s distinguished Fellows and the Australian science community.

It highlights the benefits of GM products which include: a significant reduction in the use of chemical insecticides and improved productivity of existing agricultural land, which both contribute to reduced CO2 emissions; improved nutritional value from enriched crops and increased farm incomes.

Academy Fellow and biochemist Professor Marilyn Anderson said one of the most common questions about genetic modification covered in the booklet is; ‘Are GM products safe?’

“The international scientific consensus is that after 20 years of commercial use, GM technologies used to date pose no greater risk to human health or the environment than similar products derived from traditional breeding and selection processes,” said Professor Anderson.

“Regulators are confident that the GM organisms and products approved so far are as safe as their conventional counterparts.”