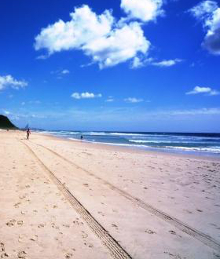 Up to 267 million people worldwide are at risk from sea-level rise.

A new study from The Netherlands has found that 267 million people worldwide live on land less than two metres above sea level, which is most at risk from sea level rise.

The paper suggests that by 2100 the number could increase to 410 million people, with the majority of this land found in the tropics.

Climate change has caused sea levels to rise and more frequent and severe storms to occur, both of which increase flood risks in coastal environments. Predicting the risk of flooding relies on accurate land elevation data, but this is not available in many parts of the world.

Their maps showed that 62 per cent of the most at-risk land is concentrated in the tropics, with Indonesia having the largest extent of land at-risk worldwide.

Using a projection of one metre sea level rise, and assuming zero population growth, the authors suggest that by 2100, 410 million people may live in areas less than two metres above sea level and at risk from sea level rises.

These projections showed that the tropics were at even more risk in the future, with 72 per cent of the at-risk population in the tropics, and 59 per cent in tropical Asia alone.

Although these estimates are projections with inherent uncertainty, the authors argue that they highlight the urgent need to focus more on tropical regions for the development of adaptation measures and spatial planning for long-term flood risk prevention.