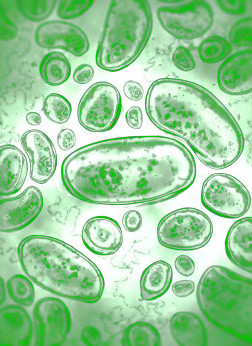 Australian experts have made a key finding in the fight against antimicrobial resistance (AMR).

AMR has been described by the World Health Organisation as “one of the most urgent health threats of our time”.

AMR occurs when bacteria acquire changes and no longer respond to antibiotics. This makes infections harder to treat and increases the risk of disease spread, severe illness and death. It has already rendered some bacterial infections untreatable and increased the dependence on ‘last line’ antibiotics.

Despite the enormous and looming threat, it has been unclear exactly how resistance spreads from one organism to another inside the gut.

Bacteria can develop resistance either through changes in their genetic sequence or by acquiring resistance genes from other bacteria. But resistance in pathogens is just one side of the story - the beneficial bacteria in the microbiome need ways to protect themselves, otherwise they will be destroyed every time someone takes antibiotics.

Understanding the diversity of resistance in the microbiome and which ones can be spread to pathogens allows experts to be prepared and take actions to prevent this occurring.

Monash University researchers have provided the world’s first experimental identification of the key mediators of this transfer from the microbiome to pathogens.

“We are discovering the rules that allow bacteria to share key functions between them and using this knowledge to reduce and prevent potentially deadly infections,” says lead researcher Dr Samuel Forster.

The research has been published in the journal Nature Communications.