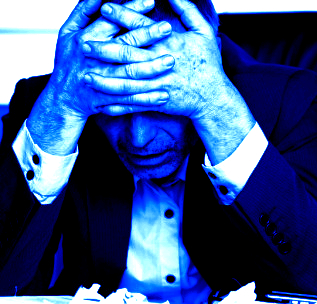 A new study has found that more than one in ten complaints of sexual harassment at work are reported by men.

The QUT study published in the journal Work, Employment and Society analysed sexual harassment complaints lodged with Australian equal opportunity commissions in the six months from July to December 2009.

It is the first time researchers have analysed the nature of sexual harassment complaints lodged in all of the Australian federal, state and territory equal opportunity commissions over a prolonged period.

“Men are overwhelmingly responsible for sexual harassment against women in the workplace, but men are also the targets of sexual harassment far more commonly than typically assumed by researchers or the community at large,” QUT researcher Professor Paula McDonald said.

“It is important to shine a light on these less typical manifestations, including sexual harassment by men of other men and by women of men or other women, which are often less visible and may be less understood.”

The majority of complaints in all four groups were lodged against alleged harassers employed in a more senior position.

“This was particularly noticeable in female to female complaints, where nine in ten complaints were made by subordinates against supervisors,” Professor McDonald said.

“Previous research has shown that in certain contexts women may be encouraged to perform as 'honorary men', adopting sexualised banter to maintain authority and 'fit in' with the dominant male gender culture. This was clearly illustrated in the female-to-female complaints in the study.”

Male-to-male complaints often included homosexual slurs and the questioning of men's sexuality if they were perceived to be gay.

The complaints across categories were characterised by a wide range of intimidating, offensive physical and non-physical conduct in a variety of workplaces.

For example, a male complainant alleged his female manager asked him to lift his shirt and show her his muscles as well as shouting at him and humiliating him in front of co-workers.

Another man alleged his male co-worker called him “princess”, told him to “toughen up” and “get a tiara” and that he would rape him.

“Regardless of the sex of the complainant or alleged harasser, sexual harassment causes significant psychological and workplace damage and that it is under-reported compared to its prevalence in workplaces” Professor McDonald said.

“It is difficult to measure prevalence but a recent survey indicated around 25 per cent of women and 16 per cent of men reported having experienced workplace sexual harassment in the last five years.

“It is vital workplaces have supportive complaints mechanisms, including for men, who may find about it more difficult to report sexual harassment.”