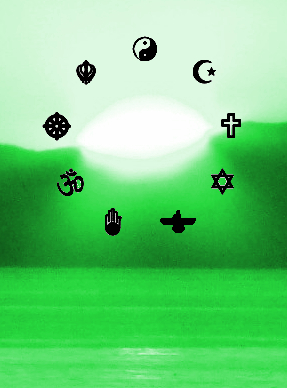 With Paris climate talks stymied in indecision and ideological conflict, one researcher says appealing to a higher power might be the key.

Dr Paul Bain, from QUT’s School of Psychology and Counselling says religion can be a “lynchpin” for achieving widespread global action on climate change.

It found people around the world were willing to act on climate change, by both reducing their carbon footprints and supporting government action, to promote a more caring and moral society.

Dr Bain says a “Plan B” is needed if negotiations for an international agreement (“Plan A”) fail or fall short.

“We also need Plan B because even if negotiations succeed, commitments need to be enacted and enforced in each country, and that requires public support,” he said.

Dr Bain, whose study examined the views of more than 6,000 people in 24 countries, said Plan B would use the findings to develop policies and communication strategies that tie climate change action to a more caring and ethical society.

With a lack of trust in politicians, he says religious leaders could be the ones to most effectively communicate Plan B.

“Morality and caring are ‘bread and butter’ concerns for religion so people may be more inclined to listen to the message. Although the world focuses on the science of climate change, religion could now be a lynchpin for achieving widespread action,” he said.

“Research from Yale University found 64 per cent of American Catholics said they were worried about global warming after the Pope’s messages, up from 53 per cent.

“Evidence like this shows that, while science and religion may compete in providing explanations of the universe, they can be partners in promoting social change.”

Dr Bain says local governments can also play a key role in providing ways for local communities to come together at the same time as addressing climate change.

“As examples, practical support for local car-pooling schemes can build new friendships as well as reduce carbon emissions. And support for planning and promoting ‘Earth hours’ can enhance interpersonal networks as well as remind communities about environmental issues,” he said.

“Plan B is no substitute for Plan A, but is likely to be critical for implementing Plan A and addressing its shortcomings. Plan B means drawing on strengths in different sections of society, particularly in using the strengths of religion and local governments to help address climate change.

“We need Plan B because if the alternative is to rely on an international agreement in Paris to save us, we may end up in deeper trouble than we think.”